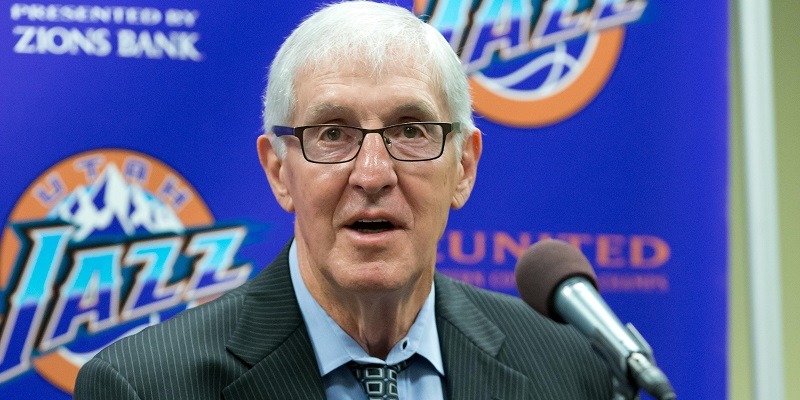 “Jerry Sloan will always be synonymous with the Utah Jazz. He will forever be a part of the Utah Jazz organization and we join his family, friends and fans in mourning his loss,” the team said in a statement. “We are so thankful for what he accomplished here in Utah and the decades of dedication, loyalty and tenacity he brought to our franchise. … Like (John) Stockton and (Karl) Malone as players, Jerry Sloan epitomized the organization. He will be greatly missed. We extend our heartfelt condolences to his wife, Tammy, the entire Sloan family and all who knew and loved him.”

A look at the life of a legend.

“Coach Sloan is what the NBA should be about."


A stoic Sloan revealed in 2016 he had been diagnosed with Parkinson’s disease.

“I’m not scared,” Sloan said at the time.

An original member of the expansion Chicago Bulls in 1966-67, Sloan jumped to coaching after an 11-year playing career. He was known for his hard-nosed defense as a player but also averaged 18.3 points per game in 1970-71.