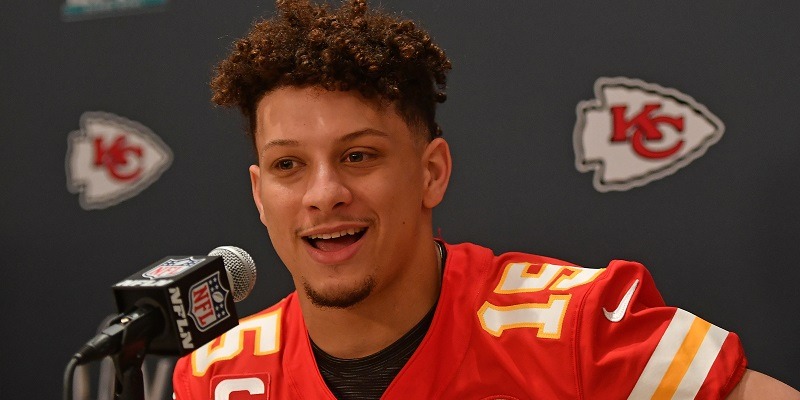 Patrick Mahomes led two scoring drives to earn Offensive MVP honors and the AFC recorded three interceptions in a 26-7 victory against the NFC on Sunday in the rain-soaked Pro Bowl at Camping World Stadium in Orlando, Fla.
Mahomes of the Kansas City Chiefs completed 7 of 14 passes for 156 yards and a touchdown and Houston Texas signal caller Deshaun Watson (7-15, 128 yards) also passed for a score.
“It was awesome,” Mahomes said to ESPN. “To be in this experience and … be in this game, it really is an honor. I was glad that I won it, but credit to my teammates. They made some plays for me.”
Indianapolis Colts tight end Eric Ebron, Chiefs fullback Anthony Sherman and the Jacksonville Jaguars’ Jalen Ramsey scored offensive touchdowns and New York Jets kicker Jason Myers booted two field goals.
New York Jets safety Jamal Adams had an interception and a sack and earned Defensive MVP honors. Cornerbacks Chris Harris Jr. (Denver Broncos) and Xavien Howard (Miami Dolphins) also had picks for the AFC, which notched seven sacks and allowed just 148 yards. The AFC gained 416 yards while winning the showcase for the third straight year.
“We came out here and competed hard,” Adams said in a postgame television interview. “It was great to be out here and have so much support from the fans and the kids.”
Dallas Cowboys quarterback Dak Prescott threw a touchdown pass to Atlanta Falcons tight end Austin Hooper for the lone NFC points. Cornerback Kyle Fuller (Chicago Bears) and receiver-playing-cornerback Mike Evans (Tampa Bay Buccaneers) had interceptions for the NFC.
Mahomes drove the AFC 75 yards on seven plays to begin the game and connected with Ebron on an 18-yard touchdown pass.
Mahomes guided a seven-play, 74-yard drive to make it 14-0, with Sherman plunging in from the 1-yard line with 12:54 left in the half.
Myers booted a 22-yard field goal to increase the margin to 17 with 21 seconds left as the AFC held a 269-86 edge in total yards at halftime.
Myers kicked a 47-yard field goal to make it 20-0 with 4:01 left in the third quarter.

Too little, too late for NFC

The NFC finally got on the board with 9:05 remaining in the contest when Prescott tossed a 20-yard scoring pass on fourth-and-5 to Hooper.
The AFC completed the scoring with 19 seconds left when Watson threw a 6-yard scoring pass to Ramsey, a cornerback by trade who lined up at receiver and ran a slant pattern.
“Me and Deshaun, that’s my brother from another mother,” Ramsey said, per ESPN. “We’ve been plotting and scheming all week, manifesting, and it just came about.”
NFC starting quarterback Russell Wilson (Seattle Seahawks) passed for 68 yards. Prescott threw for 45 yards and one interception and Mitch Trubisky (Chicago Bears) passed for 34 yards and an interception.
Minnesota Vikings receiver Adam Thielen also threw an interception on a trick play.
San Francisco 49ers tight end George Kittle had a game-high five receptions (for 39 yards) for the NFC.
Los Angeles Chargers receiver Keenan Allen and Pittsburgh Steelers wideout JuJu Smith-Schuster both departed the game with knee injuries. Allen had a game-high 95 receiving yards.
–Field Level Media