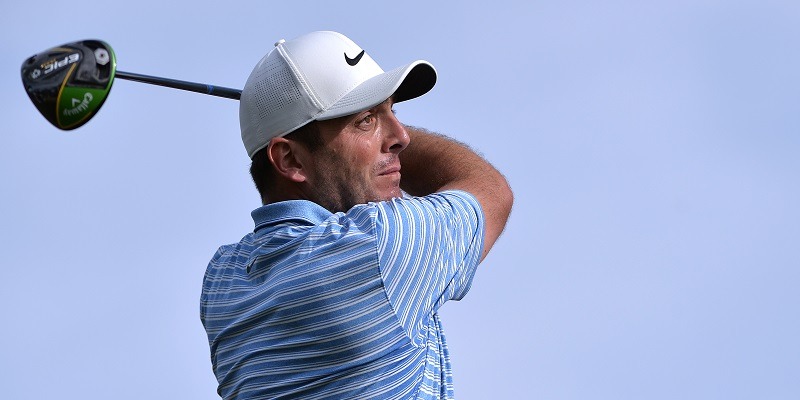 Francesco Molinari focused on the process on Sunday to make one of the toughest courses and most difficult setups on the PGA Tour look easy on the way to a two-shot victory at the Arnold Palmer Invitational at Bay Hill Resort and Club in Orlando.
Molinari, the reigning Open Champion, leapfrogged 16 players and zoomed up the leaderboard while fashioning an 8-under 64 in the final round on Sunday to finish at 12 under, and then waited for two hours in the clubhouse to see if anyone could catch him.
No one could — or even made a decent charge at Molinari on a course with a setup that was difficult to attack for everyone else. He made 146 1/2 feet of putts in the final round, the 36-year-old Italian’s most ever in a PGA Tour event.
“It was just really more about the process and to do better what I didn’t do as good yesterday,” Molinari explained. “Then you make some putts at the beginning, you get it rolling, you just keep the foot on the pedal. I definitely got everything out of (the round) — it’s probably my best putting round ever.”
Matthew Fitzpatrick of England, the third-round leader, shot a 71 on Sunday to finish two back and alone in second. Fitzpatrick’s round included two birdies and a bogey — the latter, on the 15th hole, all but dooming his chances to catch Molinari.
Sungjae Im of South Korea shot a 68 on Sunday and finished tied for third along with second-round co-leader Tommy Fleetwood of England (68) and first-round leader Rafa Cabrera Bello of Spain (69).
“The course played like a U.S. Open for us in the afternoon, it was so difficult,” Fleetwood said. “And when you’re finding it tough those days can easily just, they get away from you a little bit. Again today I felt great. All I needed was like two or three birdie putts to go in and then you’re coming down the stretch with a chance.”
International players garnered eight of the top nine positions on the leaderboard and have now won this tournament for each of the last four years.
Molinari’s bogeyless round included eight birdies and was capped by a 43-foot putt that clanged off the flagstick for one of those on the final hole.
Molinari, who had a hole-in-one during his opening round on Thursday, began his final round with a 30-footer for birdie, the first of three birdies in his first six holes. He barely missed a short eagle putt on the par-5 16th or his round would have been even more spectacular.
The win was his third on the PGA Tour and ninth worldwide. Molinari’s best finish of the season prior to this week was a tie for 17th at the WGC-Mexico Championship last month.
He said he used the lessons learned from a 73 on Saturday to decide how to approach the final round, which he began five shots off the pace set by Fitzpatrick at 9 under.
“I’m really happy with today,” Molinari said. “Yesterday I was struggling at some points out there, but I made a couple of really good up-and-downs the last few holes to kind of keep it going and keep myself with a half a chance in it. Golf is like that, then you go out the next day and you play really well.”
Cabrera Bello echoed the field’s thoughts on the course’s difficulty over the last two rounds.
“It really got you thinking all the time where you could miss, where you couldn’t,” he said. “And you couldn’t go pin hunting all the time.”
Keith Mitchell, a first-time PGA Tour winner last week at the Honda Classic, followed up that performance finishing tied for sixth after a final-round 66, ending four strokes in arrears along with Sung Kang of South Korea, Matt Wallace of England (71) and Northern Ireland’s Rory McIlroy, who never got anything going on the greens and settled for a 72.
Mitchell said the back nine at Bay Hill played extremely tough in both the final two rounds.
“The wind picks up a little bit and the greens are just so fast,” Mitchell said. “Where the pin placements are you have to be very careful on what side of the hole you’re going to hit the ball.”
The PGA Tour moves across the state next week for The Players Championship at TPC Sawgrass in Ponte Vedra Beach, Fla.
–Field Level Media