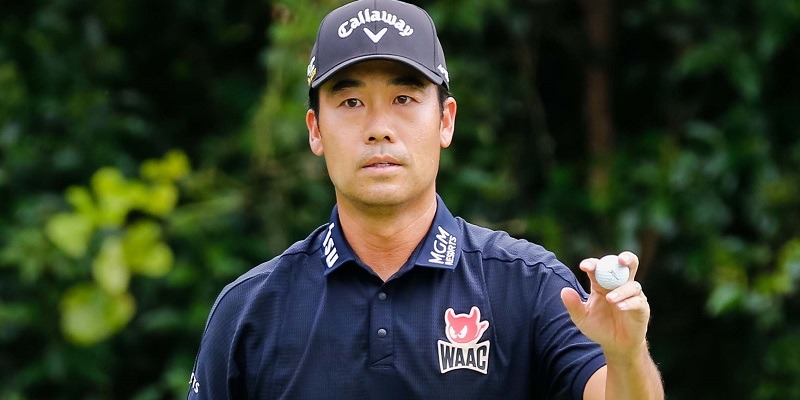 A day after scorching a 9-under-par round of 62, Kevin Na one-upped himself with a 61 on Saturday, setting the 54-hole scoring record and taking a two-stroke lead entering the final round of the Shriners Hospitals for Children Open in Las Vegas.

Na, the 2011 winner of the event, sits at 22-under 191 through 54 holes at TPC Summerlin after entering the day tied with three others for the lead.

Patrick Cantlay — one of the 36-hole leaders, the 2018 champion and the 2019 runner-up — fought Na atop the leaderboard much of the day before a late bogey, but he birdied 18 to get within two strokes.

Pat Perez shot 62 to move into third place alone at 18 under. Sam Ryder (64) and Lucas Glover (66) are tied in fourth another stroke back, and Webb Simpson and Brian Stuard share sixth place at 16 under. Glover and Stuard each held a share of the lead entering the day.

Na didn’t make an eagle — after having two in a four-hole span on the back nine Friday — but he racked up five birdies on each side of the card in a bogey-free round. He opened with consecutive birdies, then sunk a 22-footer to save par at the par-3 fifth. Then came another birdie spree, with four between Nos. 7 and 10.

Cantlay, playing behind Na in the final pairing, was even hotter, ripping off six birdies on the front nine, including a near hole-out for eagle at the par-4 third. The two were tied or one stroke apart for most of the day.

The separation came at the par-3 17th, when Na drained a 14-footer for birdie, and Cantlay followed by finding the bunker and making bogey. Both made putts outside of 10 feet for birdie at the 18th.

“Still got to keep the pedal to the metal,” Na said after his round. “Anyone can shoot 8 or 9 under. I believe we’re going to get a little more wind tomorrow. Gotta go out and post a good number.”

Perez and Tony Finau tied for the second best round of the day, each eagling the par-5 16th. Perez nearly holed out from 195 yards on his second shot at 16 before calmly rolling in the eagle putt.

Finau, whose 62 set a personal best, is one of five players tied for eighth at 15 under.

Defending champion Bryson DeChambeau shot 67 and is tied for 21st at 12 under.

World No. 1 Brooks Koepka shot 71 and missed the cut by four strokes, finishing the tournament at 1 under.