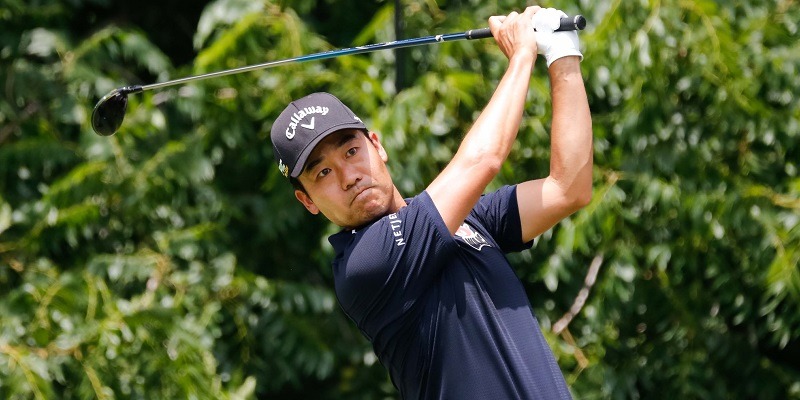 Kevin Na birdied the first playoff hole and parred the second on Sunday to survive a roller-coaster final round and beat Patrick Cantlay to win the Shiners Hospitals for Children Open in Las Vegas for his fourth PGA Tour victory.

Tied after 72 holes, Na and Cantlay played the 18th twice more. The first time through, both players left their approaches inside 15 feet. Slightly further away, Cantlay went first and drained his birdie putt. But Na wasn’t shaken, giving a smooth stroke and walking the putt in the last few feet.

After returning to the 18th tee, Cantlay made bogey, allowing Na — a Las Vegas resident — to sink a short par putt and clinch the win. Na’s wife and young daughter met him on the green to celebrate his second victory at the event, seven years after he earned his first PGA Tour victory there.

“I’ve been in this situation before where I’ve lost the lead, and I’ve failed many times,” Na said afterward, per Golf Digest. “I’ve lost three playoffs, this was my first playoff win, and I knew, I kept telling myself this is the playoff that I’m going to win.”

The 36-year-old finished regulation at 23-under 261 after shooting 1-under 70. He had led by as many as four strokes on Sunday but triple-bogeyed the par-4 10th, after a duck-hook drive and a pair of chips that ran long.

“It came down way too close,” Na said. “I had a comfortable lead, I felt really comfortable, but I hit a really bad tee shot (at 10), got a little unlucky and made a triple, and all of a sudden it felt like I was the underdog. But I’m a fighter.”

Despite a bogey at 10, Cantlay pulled within one stroke heading to the 11th. The players matched each other for the next five holes, parring 11 and 14 while birdieing 12, 13 and 15. Cantlay then seized the solo lead at the par-5 16th, two-putting for birdie after Na’s second shot found the water and led to a bogey.

But Cantlay couldn’t hang on, hitting the water on his next tee shot at the par-3 17th. Na, meanwhile, found the bunker off the tee but sunk a 23-foot par putt to regain a share of the lead as Cantlay made bogey.

Na’s putt at 17 set a PGA Tour record for most feet of putts made at a single tournament. Na finished at 558 feet, 11 inches of made putts in regulation.

Cantlay, the 2018 winner of the event and 2019 runner-up, also had a chance to win it in regulation at 18. With Na waiting to tap in for par, Cantlay just missed a 24-foot birdie putt, as it curled past the right edge and settled just behind the hole.

Pat Perez shot 68 to finish alone in third at 21 under. Defending champion Bryson DeChambeau and Canada’s Adam Hadwin tied for the low round of the day, shooting 63 to finish tied with Brian Stuard in fourth at 20 under.