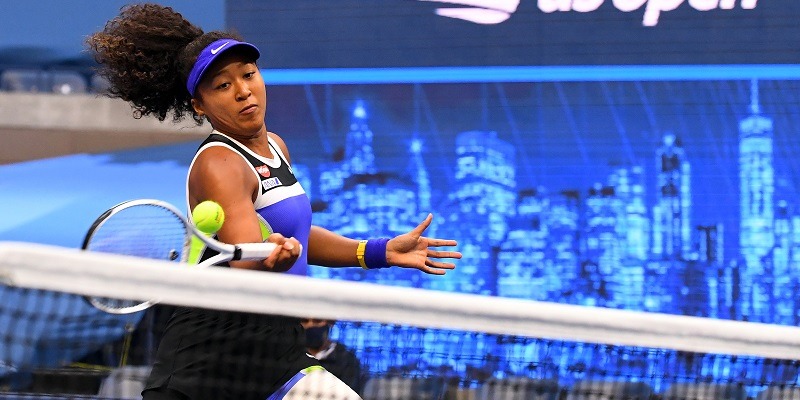 Naomi Osaka rallied to defeat Victoria Azarenka on Saturday to claim the U.S. Open women’s singles title and the third grand slam of her career.

Osaka becomes the first women’s player since 1994 (Arantxa Sanchez Vicario) to lose the first set of the final but come back to win. She said after her 1-hour, 53-minute match that an attitude change was the key to her rally.

“I thought it would be really embarrassing to lose in under an hour,” Osaka said in an on-court interview. “So I decided to lose my bad attitude and play.”

Osaka had nine unforced errors and two double faults in the first five games of the first set en route to the first-set loss in a quick 26 minutes.

Osaka then went down 2-0 to start the second set and Azarenka had game point to go up 3-0. But Osaka won rallies of 12, 10 and six to earn her first break of the match to pull within 2-1.

The pair stayed on serve and after a love hold, Osaka broke Azarenka to go up 4-3, taking advantage of a double fault and three unforced errors by the 31-year-old Belarusian. Osaka took the second set 6-3, setting up the first three-set women’s final since 2016.

“I tried to be more aggressive,” Osaka said of her rally. “She was moving me around a lot in the first set. I thought I was doing OK but to her credit, she showed that I wasn’t.”

Osaka was plus-11 on winners to unforced errors in the second set after a minus-eight in the first.

Osaka went up 4-1 in the third en route to victory over Azarenka, a former world No. 1.

The match was Osaka’s fourth three-set match of the tournament and the third for Azarenka.

“I thought the third time would be the charm, but I guess I’ll have to try again,” Azarenka said of playing Osaka in finals.

Osaka said she hopes not to have to play Azarenka again.

“I didn’t enjoy the match. It was a really tough match for me,” Osaka said.