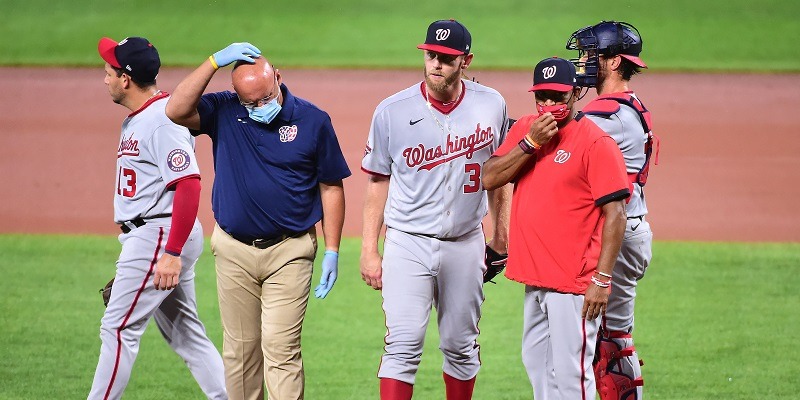 The Nationals moved the veteran to the 60-day injured list, ending his season.

The condition was diagnosed after a visit with a nerve specialist, and Martinez said Strasburg will have the surgery next week. The goal is for him to be ready to start spring training in 2021.

Strasburg, 32, is in the first season of a seven-year, $245 million contract with the Nationals. He has an 0-1 record with a 10.80 ERA in two starts and made just 16 pitches in a start against Baltimore on Aug. 14. He was placed on the injured list the following day.

He was key to the Nationals’ run through the playoffs last season. In the postseason, he produced a 5-0 record in six appearances (five starts), defeating the Houston Astros twice as the Nationals won their first World Series championship. He was named MVP of the series.