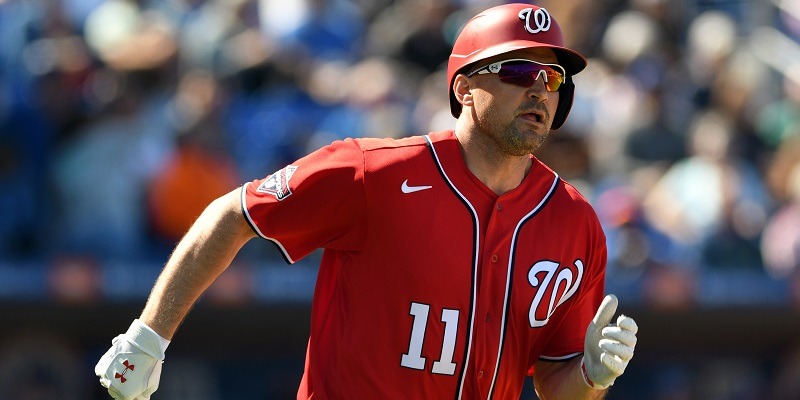 Washington Nationals first baseman Ryan Zimmerman and right-hander Joe Ross are opting out of the 2020 MLB season “for the personal health and safety of themselves and their loved ones,” the team announced Monday.

The news came shortly after Arizona Diamondbacks right-hander Mike Leake became the first known player to opt out of the shortened season.

“We are one hundred percent supportive of their decision to not play this year,” Nationals president of baseball operations and general manager Mike Rizzo said in a statement. “We will miss their presence in the clubhouse and their contributions on the field.”

Zimmerman, 35, released a statement through his agency, Creative Artists Agency, saying his family was the primary factor in his decision.

“After a great deal of thought and given my family circumstances — three young children, including a newborn, and a mother at high risk — I have decided not to participate in the 2020 season,” the statement read.

“Everyone knows how much it means to me to be a part of a team, and I will miss that camaraderie dearly this year. Of course I would love to pursue back-to-back titles. I cannot speak for anyone else, but given the unusual nature of the season, this is the best decision for me and my family, and I truly appreciate the organization’s understanding and support.

“To be clear, I am not retiring at this time. I have not decided on my future in baseball past 2020. But this year, I’ll be staying safe at home and pulling as hard as anyone for the guys to defend our championship.”

A two-time All-Star, Zimmerman signed a one-year, $2 million contract with up to $3 million in incentives in January. His contract would have been prorated for the 60-game season, the structure of which was set by the owners last week after negotiations with the players’ union failed to produce a mutual conclusion.

Players are set to begin workouts Wednesday — with most teams expected to train at their home ballparks — and the season will begin July 23 or 24.

Ross, 27, was scheduled for a salary of $1.5 million before proration and was on track to hit free agency after the 2021 season.