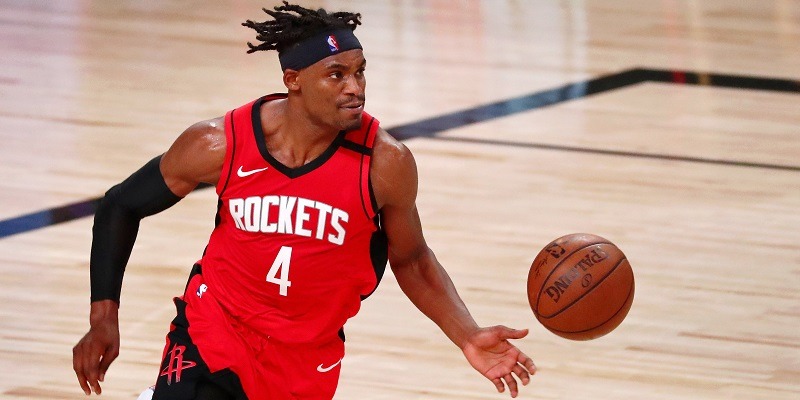 Houston Rockets forward Danuel House Jr. has been dismissed from the NBA bubble near Orlando after violating the league’s health and safety protocols, the league announced Friday.

House won’t play again for the Rockets this season.

“The NBA has concluded its investigation of a recent violation of campus health and safety protocols,” the league said in a statement. “The findings are that: (i) Houston Rockets forward Danuel House had a guest in his hotel room over multiple hours on September 8 who was not authorized to be on campus and (ii) no evidence was found that other players or staff had contact with the guest or were involved in this incident.

“Mr. House is leaving the NBA campus and will not participate with the Rockets team in additional games this season.”

House sat out Houston’s last two games of the Western Conference semifinal series against the Los Angeles Lakers. The Rockets listed him out for “personal reasons” for Game 3 on Tuesday. The following night, reports emerged that House was being investigated for a possible violation and he again sat out Thursday for Game 4.

House was scoreless in 20 minutes of the opening game of the series. He responded with 13 points in 27 minutes in Game 2.

House averaged career bests of 10.5 points and 4.2 rebounds in 63 regular-season games (52 starts). He is completing his second season with the Rockets.

Houston faces a 3-1 deficit in the series. Game 5 is Saturday.