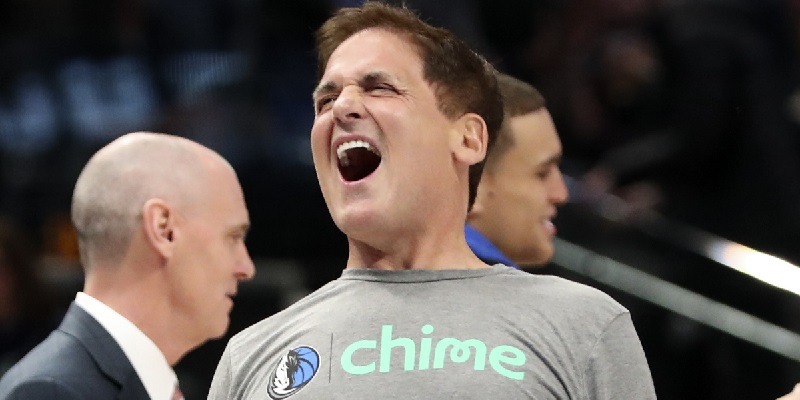 The NBA fined Dallas Mavericks owner Mark Cuban $500,000 on Friday for his criticism of league officials following the team’s loss to the Atlanta Hawks on Feb. 22.

The league also announced that commissioner Adam Silver had denied the Mavericks’ protest of the game. Dallas had argued that a basket late in the game by Atlanta’s John Collins shouldn’t have counted, and the Hawks won 111-107.

“Immediately after the game ended, Mr. Cuban walked onto the court and approached game officials shaking his head and directing comments toward them,” the NBA said Friday in a statement. “This marked the second time he walked onto the court to challenge a call during the game. Following the game, Mr. Cuban spoke to reporters in the arena and tweeted several times that night and into the next day with comments that were highly critical, personal and demeaning to the league and its officiating staff. The next day, Dallas filed its protest of the game pursuant to league rules. Over the course of the next several days, Mr. Cuban continued his public criticism of NBA officiating.

“After a comprehensive investigation, Commissioner Silver determined there was no misapplication of the playing rules.”

The statement also said that the “NBA further determined that Mr. Cuban’s conduct toward game officials — along with his public criticism of NBA officiating, the officiating program, and individuals who work in the league’s Referee Operations Department — violated NBA rules.”

More than $3M in fines

Cuban now has been fined more than $3 million since buying the team 20 years ago.

After the game, Cuban sent a series of tweets commenting on the play involving Collins the basket.

Collins scored on an offensive rebound after Trae Young’s drive was blocked by Dallas’ Delon Wright with 8.4 seconds left. Wright was whistled for goaltending, but the call was reversed after a video review. However, the Collins basket was allowed to stand since he was shooting when the whistle blew.

“Just when you think the NBA officiating can’t get any worse, guess again. This is absurd,” Cuban began his Twitter rant.

“So they call a goaltend. They literally blew the whistle that it was a goaltend. There was a putback after the whistle. After review they said no goaltend but count the basket ? WTF is that ? That’s NBA officiating.”

“But wait there is more. 1 of the refs told us it was an inadvertent whistle, so it was not goaltending. Doesn’t matter that people stopped. They thought the whistle came after the putback. So the basket counted. So what [were] they reviewing if it wasn’t a goaltend?”