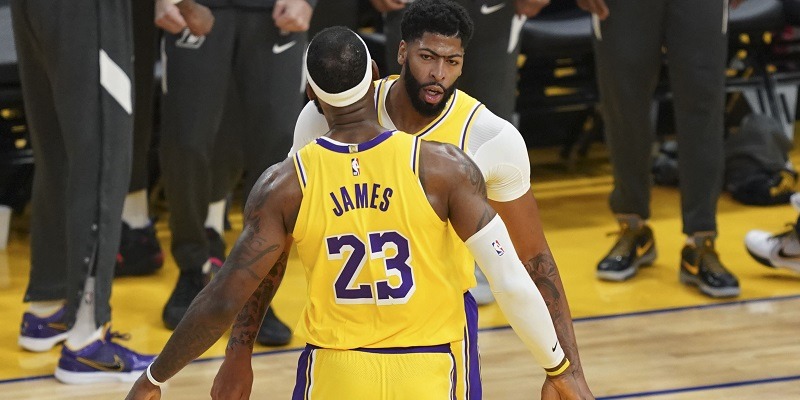 The two teams, who made some of the league’s most significant changes this offseason, play the first of four regular-season meetings.

New-look Clips – minus one

The Clippers added Finals MVP Kawhi Leonard, who led the Toronto Raptors to their first championship, and All-Star forward Paul George, acquired in a trade with the Oklahoma City Thunder, to bolster an already loaded roster. The results leave the Clippers among the favorites to capture their first NBA crown.

“We still have to find a rhythm with each other playing together, but I think we’re going to do well,” Leonard said. “That’s my mindset on it. Come out and win ballgames.”

The Clippers will play Tuesday without George, who is recovering from offseason shoulder surgeries and is not expected to return until November. However, they should have more than enough firepower to compensate for George’s absence with guards Patrick Beverley, Lou Williams and Landry Shamet and center Montrezl Harrell returning. Those four were among the key contributors to the Clippers’ playoff appearance last season before the Golden State Warriors eliminated them in the opening round.

The Lakers also expect to contend with the addition of All-Star center/forward Anthony Davis via an offseason trade with the New Orleans Pelicans. Davis joins a team that features LeBron James, Kyle Kuzma and a retooled roster.

The addition of Davis, a six-time All-Star, is expected to boost the team’s fortunes after the Lakers finished a disappointing 37-45 and failed to qualify for the postseason for the sixth season in a row. Health will be the foremost concern for Davis, who averaged 25.9 points, 12.0 rebounds and 3.9 assists in 56 starts last season with the Pelicans.

Staying healthy will also be crucial for James. He missed a career-high 27 games last season with a groin injury. Still, the 34-year-old superstar averaged 27.4 points, 8.5 rebounds and 8.3 assists per game.

“Opening night is great. For me, it’s like the first day of school,” James said. “I mean, I love to play the game and I obviously had the longest layoff of my career, so to be where I’m at physically (and) mentally no matter who we open up against … Tuesday (will be) a great day.”

Kuzma won’t play in the season opener. The third-year pro, who averaged 18.7 points and 5.5 rebounds last season and is considered pivotal in the Lakers’ success, has been sidelined for the entire preseason with a stress reaction in his left foot. His return date is unknown.

Both clubs believe they will be improved by additional newcomers. Guard Danny Green, who contributed to the Raptors’ title run with Leonard, and Quinn Cook will be relied upon to boost the Lakers’ 3-point shooting. Green and guard Avery Bradley are also expected to deliver a stronger presence on perimeter defense.

Eight-time All-Star center Dwight Howard, limited to nine games because of injuries last season with the Washington Wizards, is expected to contribute off the Lakers’ bench.

The Clippers also added to their reserve unit, picking up forwards Maurice Harkless and Patrick Patterson.