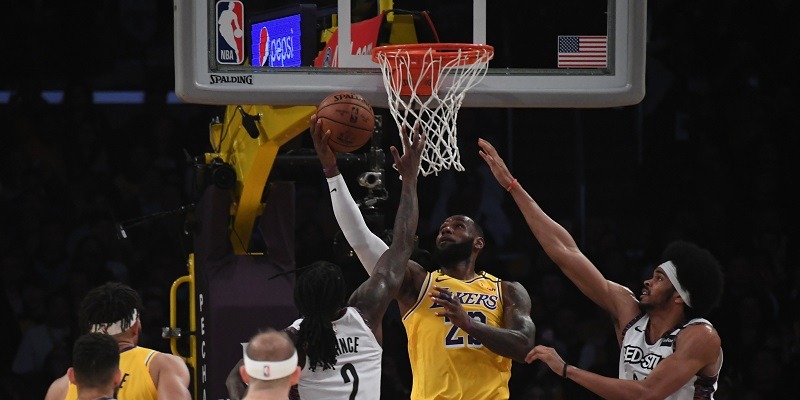 NBA games are set to resume Saturday, a restart negotiated between players and owners following a social justice-driven boycott that began Wednesday.

Commissioner Adam Silver said in a joint statement Friday with the NBPA that games after the two sides agreed to work together on multiple commitments bolstering supporting of social justice initiatives and racial equality.

“The NBA and its players have agreed to immediately establish a social justice coalition,” Silver said. “With representatives from players, coaches, governors that will be focused on a broad range of issues, including increasing access to voting, promoting civic engagement, and advocating for meaningful police and criminal justice reform.

“In every city where the league franchise owns and controls the arena property, team governors will continue to work with local elections officials to convert the facility into a voting location for the 2020 general election to allow for a safe, in-person voting option for communities vulnerable to COVID. If a deadline has passed, team governors will work with local election officials to find another election-related use for the facility, including but not limited to voter registration and ballot receiving boards.

“The league will work with players and our network partners to create and include advertising spots in each NBA playoff game dedicated to promoting greater civic engagement in national and local elections and raising awareness around voter access and opportunity.”

Silver did not immediately announce the updated schedule of games for Saturday. All 13 remaining teams practiced but did not hold media availability.

“These commitments follow months of close collaboration around designing a safe and healthy environment to restart the NBA season, providing a platform to promote social justice, as well as creating an NBA Foundation focused on economic empowerment in the Black community. We look forward to the resumption of the playoffs and continuing to work together — in Orlando and all NBA team markets — to push for meaningful and sustainable change.”

Player reps for all 13 remaining playoff teams were involved in talks with NBA owners and general managers in multiple meetings Thursday.

Following the Milwaukee Bucks’ decision to boycott Game 5 on Wednesday against the Orlando Magic, all three scheduled NBA playoff games were postponed. Players met at the player’s lounge at the Wide World of Sports resort on Wednesday night, and the season appeared to be over based on reports LeBron James and the Lakers, plus Kawhi Leonard and the Clippers were ready to head home.

But cooler heads prevailed in a meeting Thursday morning.