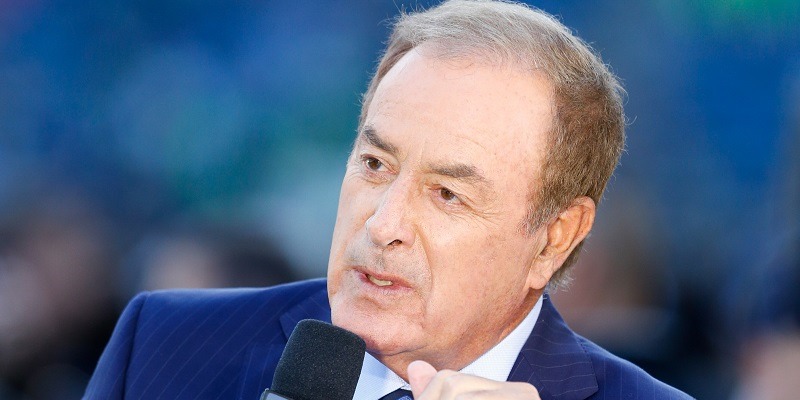 Andrew Marchand, who broke the original story about ESPN’s desire to trade for Michaels and make him the voice of “Monday Night Football” again, said Tuesday that Michaels was staying with NBC and would remain the central figure for the network’s “Football Night in America” and “Sunday Night Football” broadcasts.

NEWS: NBC has declined ESPN trade request for Al Michaels, according to sources.

ESPN reportedly wanted to pair Michaels and Peyton Manning, but also had considered teams of Michaels and Eli Manning and Michaels-Philip Rivers. Rivers is an unrestricted free agent expected to leave the Los Angeles Chargers. A recent $17-million-per-year deal signed by Tony Romo with CBS might compel Rivers to trade his helmet for a microphone this offseason.

The 75-year-old Michaels currently calls Sunday night games with analyst Cris Collinsworth for NBC and is under contract with the network through the 2022 Super Bowl.

“Al is under contract for the foreseeable future,” NBC spokesman Greg Hughes told the Post after the original story broke.

Play-by-play man Joe Tessitore and analyst Booger McFarland currently occupy the ESPN booth, but the network reportedly has been seeking an upgrade. Parent company Disney wants to enter the upcoming negotiations for NFL television rights with a big-time broadcast team in place as it seeks to secure a bigger package of games for ESPN a

Michaels was the play-by-play man for “Monday Night Football” for 20 seasons, beginning in 1986, and worked for ABC for 30 years. He was paired with analysts that included Frank Gifford, Dan Dierdorf and Dennis Miller before John Madden joined him in 2002.

Before the 2006 season, Madden announced he would join NBC on its Sunday night telecasts and Michaels decided he wanted to follow suit. In exchange for Michaels’ services, then-owner NBC Universal gave concessions to Disney and NBC that included rights to coverage of some Ryder Cup rounds and increased use of Olympics highlights.

In column, I note that ESPN has held talks with Peyton Manning.

One name should be considered, but neverhas wanted to do it: Steve Young