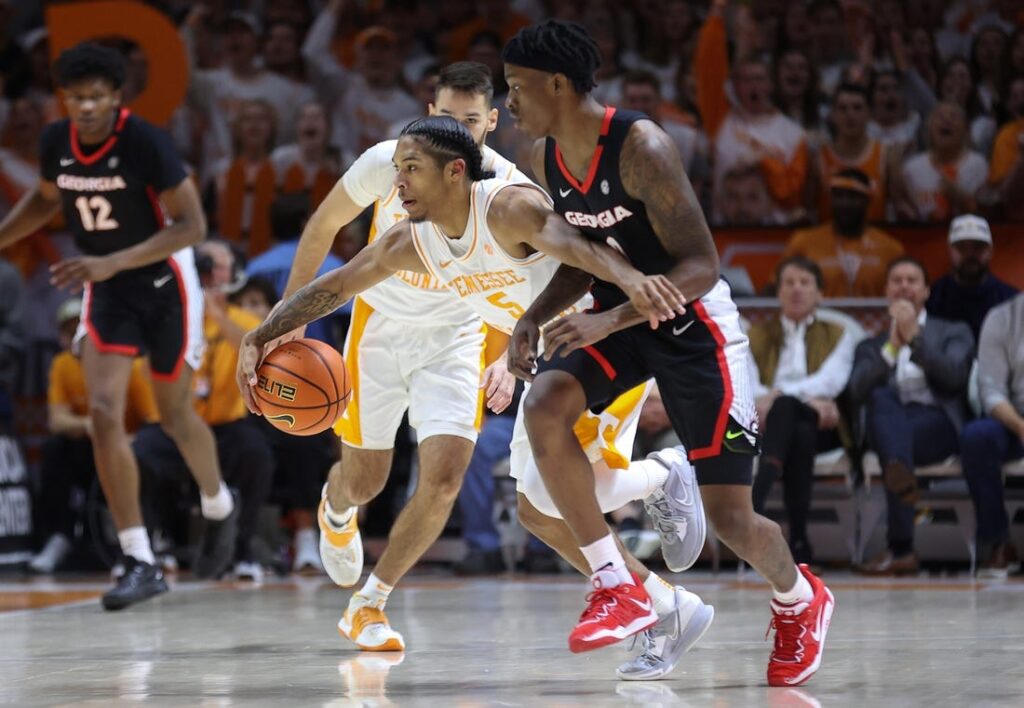 Zakai Zeigler had 11 points, seven assists and four steals and the No. 4 Volunteers held visiting Georgia to a season-low in points to cruise to a 70-41 victory in SEC play Wednesday in Knoxville, Tenn.

Tobe Awaka finished with 10 points, while Santiago Vescovi added eight points, seven rebounds, four assists and a game-high five steals. Olivier Nkamhoua chipped in eight points and six rebounds for the Volunteers, who have won eight of their past nine.

The Volunteers put the game away midway through the second half by going on a 12-0 run to take a 57-30 lead following Nkamhoua’s dunk with 8:40 to play.

Leading 19-17 with 10:50 left in the first half, Tennessee held the Bulldogs to just two field goals the rest of the half, enabling the Vols to pull away for a 35-22 halftime lead.

Zeigler scored eight points and Nkamhoua added six in the first 20 minutes for Tennessee, which shot 13 of 30 (43.4 percent) from the field before the break, including 4 of 15 (26.7 percent) from beyond the arc.