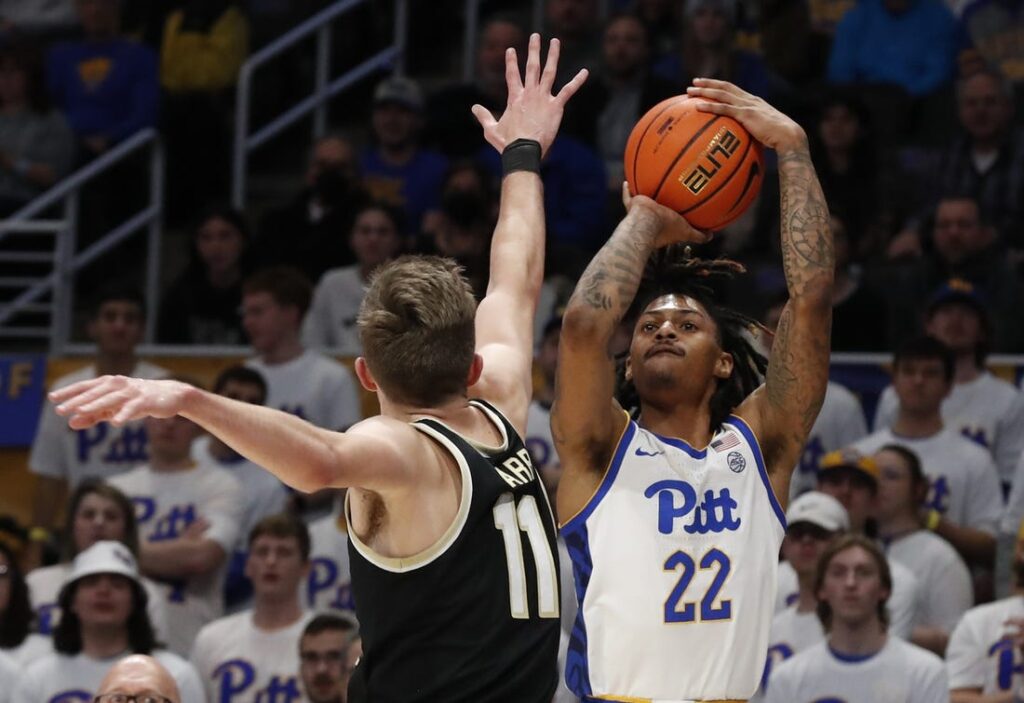 Nelly Cummings collected 11 points and six assists and Nike Sibande added 11 points to help Pitt capture its third win in four games. The Panthers also eclipsed their conference victory total from each of the past three seasons.

Cameron Hildreth recorded 15 points and seven rebounds for the Demon Deacons (14-7, 6-4), who have lost two in a row following a four-game winning streak.

The Panthers were whistled for a shot-clock violation while nursing an 81-79 lead with five seconds to play, giving the Demon Deacons one last chance. Appleby’s 3-point attempt caromed off the back rim to end the game.

Wake Forest erased a 15-point deficit after Carr sank a pair of free throws with 4:34 remaining in the second half to give the visitors a 74-73 lead. Elliott answered with a 3-pointer on the next possession, Hinson followed suit and Federiko Federiko added layup to give Pittsburgh an 81-74 lead with 2:20 left.

Appleby drained a 3-pointer and a pair of free throws to trim the deficit to 81-79, but Wake Forest failed to inch closer after Hildreth missed both attempts from the foul line with 37 seconds to play.

Williamson’s jumper cut Pittsburgh’s lead to 30-28 with 7:17 remaining in the first half before the Panthers rolled off a 19-6 run. Cummings sank a pair of 3-pointers and Hinson added one to highlight that surge.

Carr converted a three-point play and a dunk to trim Pittsburgh’s advantage to 49-39 at halftime. The 49 points marked a season high in a first half for the Panthers.