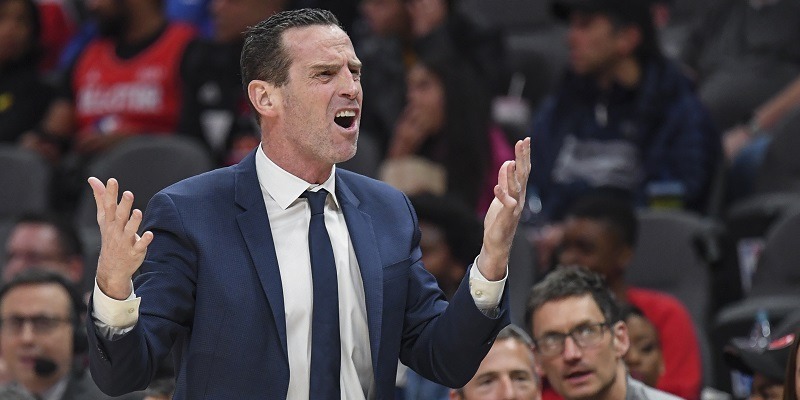 Despite guiding the Brooklyn Nets back to the playoffs last season after a three-season absence, Kenny Atkinson is out as the team’s coach.

The Nets announced Saturday that the team and coach mutually agreed to part ways, with assistant coach Jacque Vaughn tabbed to finish out the season.

“After discussions with Kenny about the progress of the season, we mutually agreed that a coaching change would be in the best interest of the team,” said general manager Sean Marks, who hired Atkinson in 2016.

The Brooklyn Nets and Head Coach Kenny Atkinson have mutually agreed to part ways. Jacque Vaughn will serve as head coach for the remainder of the season.

On Saturday morning, the Nets were 28-34 and in seventh place in the Eastern Conference, 9.5 games behind the Philadelphia 76ers for the sixth spot and 24.5 games out of first.

The Nets host the Chicago Bulls on Sunday afternoon.

Atkinson won 20 games in his first season with the team and 28 in his second, before a stunning 42-40 finish in 2018-19 landed the Nets in the playoffs for the first time since 2015. They were eliminated in the first round by the Philadelphia 76ers.

Expectations were higher coming into this season with the addition of All-Star point guard Kyrie Irving, but he was limited to 20 games before having season-ending arthroscopic surgery on his right shoulder.

The team also added former league Most Valuable Player Kevin Durant in a sign-and-trade with Golden State, though the 10-time All-Star was a non-factor as he continues to recover from an Achilles tendon injury he suffered with the Warriors.

Atkinson, 52, had been a career assistant coach with the Knicks and Hawks before landing his post with the Nets. He leaves the Nets with a 118-190 record across four seasons.