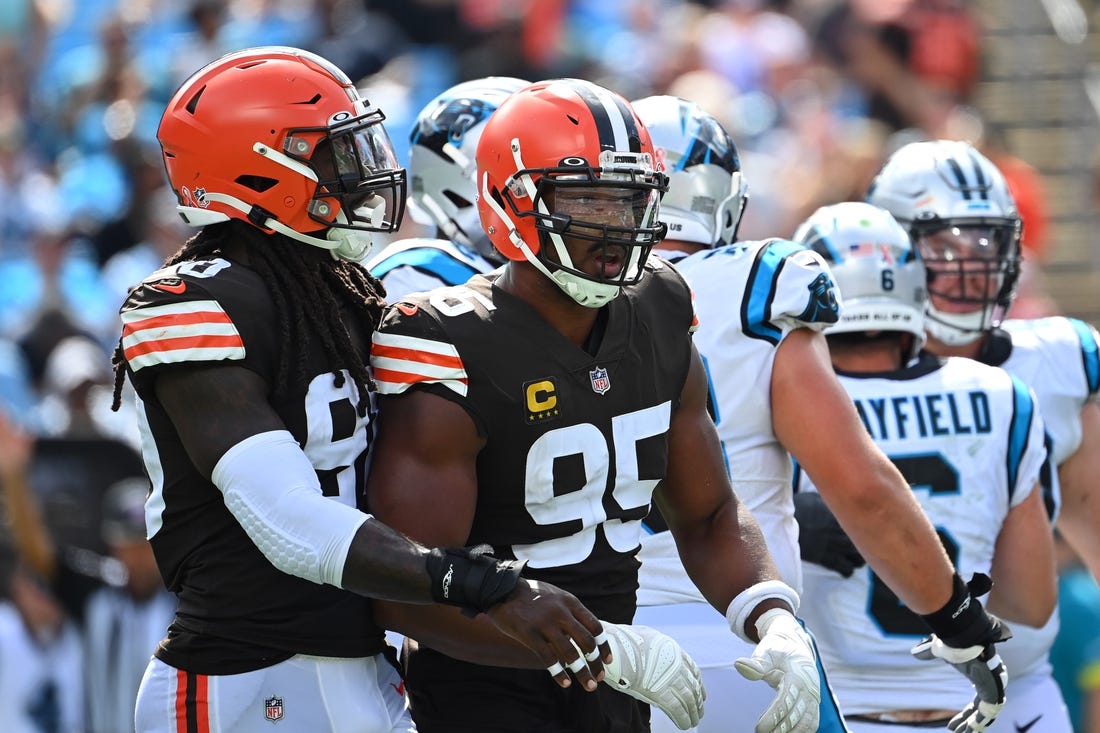 Cleveland’s pass rush is questionable for Thursday night’s game against the Pittsburgh Steelers.

The Browns ruled defensive end Jadeveon Clowney out on Monday but All-Pro defensive end Myles Garrett was an addition to the injury report with a neck injury and didn’t practice on Tuesday.

As to the likelihood Garrett, who has 61.5 sacks in 70 career games, could miss time, Browns coach Kevin Stefanski said, “We’ll see.”

“We’ve talked about that player opposite Myles often gets a little bit less attention. And then with JD [Clowney] he’s another guy that teams pay attention to and he’s very disruptive. He does a great job in the run game. …. Gets great effort sacks, effort pressures. So somebody’s just got to step up and whoever next man up, we just need the best version of that person.”

Cleveland could be without injured guard Joel Bitonio (biceps) against the Steelers on a short week after he also sat out Tuesday’s practice.

Clowney is out with an ankle injury, and defensive end Chase Winovich has a hamstring injury. Winovich and tight end Jesse James (biceps) landed on injured reserve on Tuesday, meaning they’ll miss at least four games.

Clowney has six pressures and 1.5 sacks this season after returning to the Browns in free agency. He will be replaced in the starting lineup by rookie Alex Smith.

Garrett and Bitonio were hurt Sunday in the Browns’ loss to the New York Jets but finished the game. Since neither participated in Tuesday’s practice, they missed the lone full workout of the week before Thursday’s game.