Jerry Jones: Cowboys QB Dak Prescott could be back in two weeks 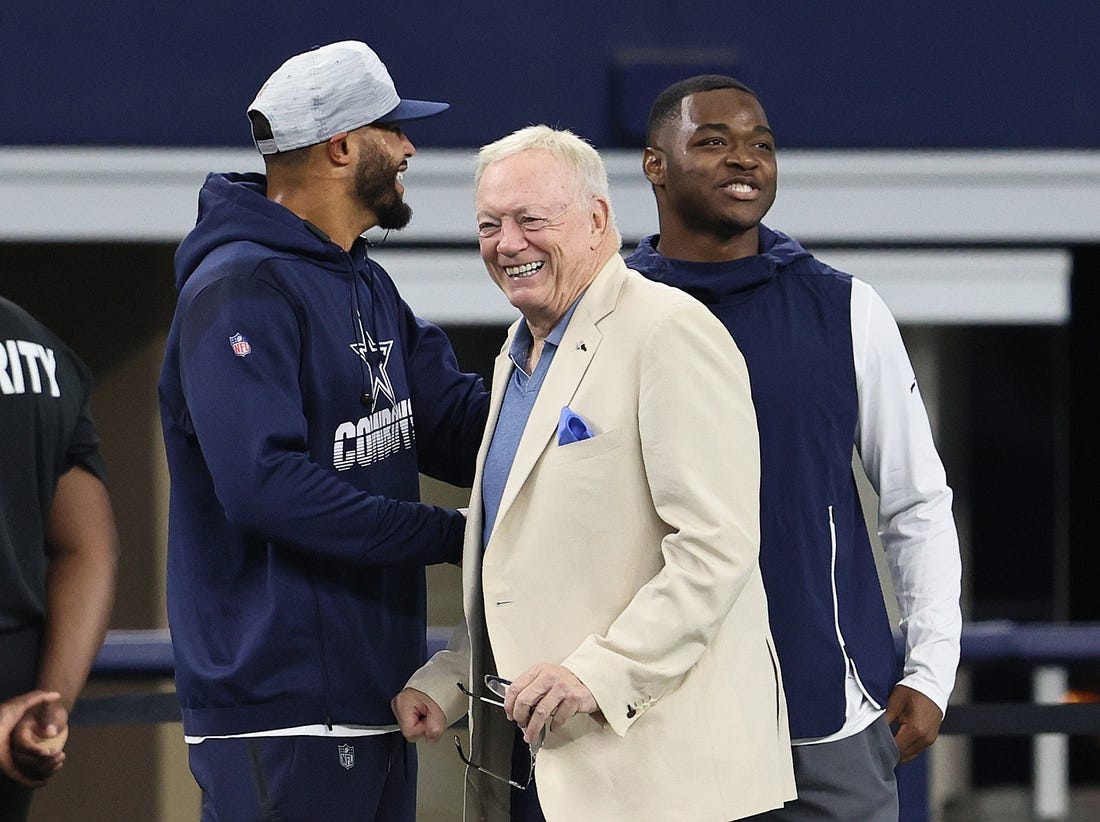 Cowboys owner Jerry Jones believes Dallas could have quarterback Dak Prescott back on the practice field in two weeks.

The projection is well ahead of initial estimates of Prescott’s return in four-to-six weeks from a broken thumb on his throwing hand. Prescott was injured in the season opener against the Tampa Bay Buccaneers, and backup Cooper Rush was at the helm for a win last week over the Cincinnati Bengals.

“It really could be as minimal as two weeks up here in my mind,” Jones said in an interview with 105.3 FM in Dallas.

Jones said the focus from doctors is on Prescott getting “into the strength area where he can grasp the ball.” Jones said that would bring “a real advancement in his timeline,” and the front office is hopeful Prescott is able to play Oct. 2 against the Washington Commanders.

“Now, that’s very optimistic,” Jones offered. “That is optimistic, but it could be. He’s got the opportunity to not have a lot of fear about re-injuring it. It’s just a question of the grip, but it’s a big question.”

Rush will be at the controls on Monday night when the Cowboys visit the New York Giants (2-0) in East Rutherford, N.J. A loss would add urgency to getting Prescott back on the field, Jones admitted.