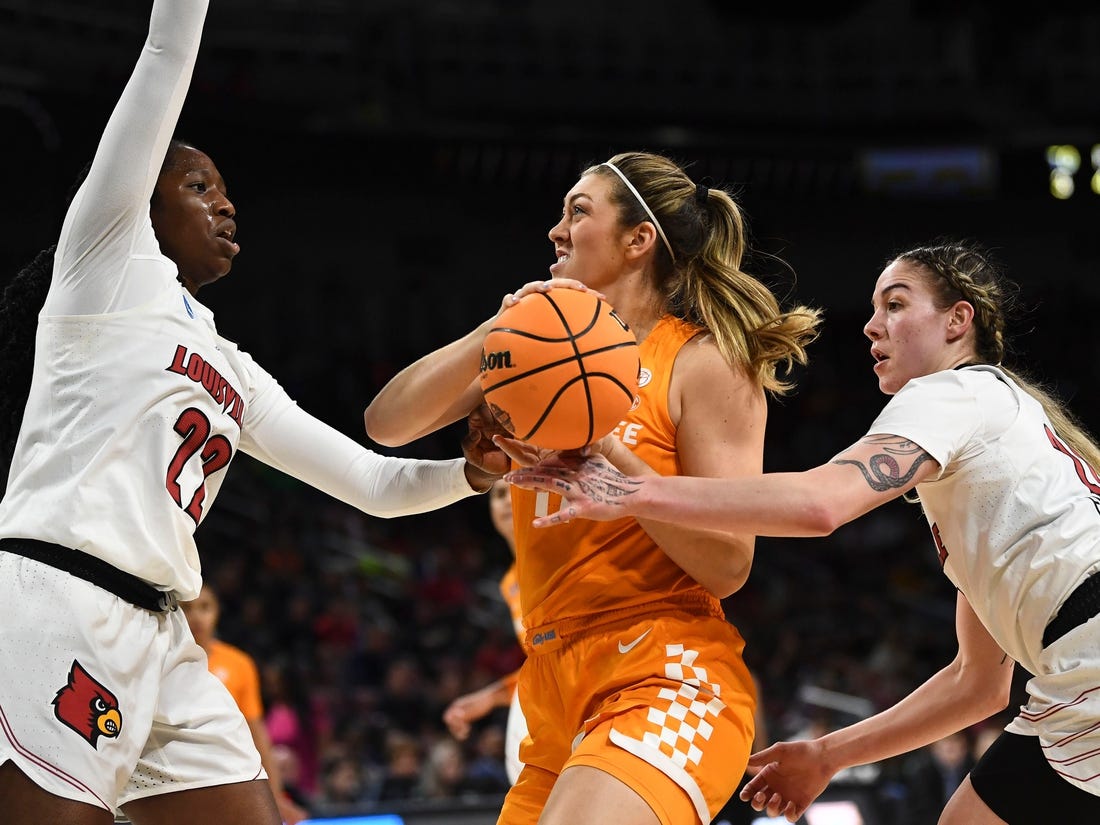 Van Lith made 7 of 21 shots and hit nine of 10 free throws to help Louisville (28-4) advance to its fourth consecutive Elite Eight. The Cardinals will oppose No. 3 seed Michigan or No. 10 seed South Dakota on Monday night for a berth in the Final Four in Minneapolis.

Emily Engstler added 20 points on 7 of 12 shooting and had 10 rebounds for the Cardinals. Engstler also collected three of Louisville’s eight blocked shots. Kianna Smith scored 12 points and had four of Louisville’s 11 steals

Rae Burrell scored 22 points to lead Tennessee (25-9), which was trying to reach the Elite Eight for the first time since 2016. Burrell made 9 of 19 shots but UT shot 36.4 percent from the field. Tennessee missed 16 of 21 3-point tries and committed 18 turnovers to just seven for Louisville.

Louisville held an 19-13 lead through the first quarter after Burrell hit a 3-pointer with 12 seconds remaining. Payton Verhulst’s 3-pointer extended the lead to 30-15 with 6:58 remaining in the half and the Cardinals held a 39-28 lead at the break.

The Lady Volunteers cut the deficit to 47-42 in the third quarter when Jordan Walker stole the ball from Van Lith and coasted in for a layup with 6:32 remaining. Tennessee held Louisville scoreless for the final 3:04 of the third and trailed 55-50 entering the fourth after Burrell hit a 3-pointer with six seconds left.

After Alexus Dye converted a 3-point play with 9:36 remaining in the fourth quarter to make it 55-53, Louisville forced five turnovers while ripping off an 8-0 run for a 63-53 lead on Engstler’s jumper with 6:38 left.

Tennessee battled back, but Van Lith’s jumper with 3:03 left made it a seven-point lead again and the Cardinals would not be challenged again.