No. 1 Louisville moves on to Final Four after defeating No. 3 Michigan 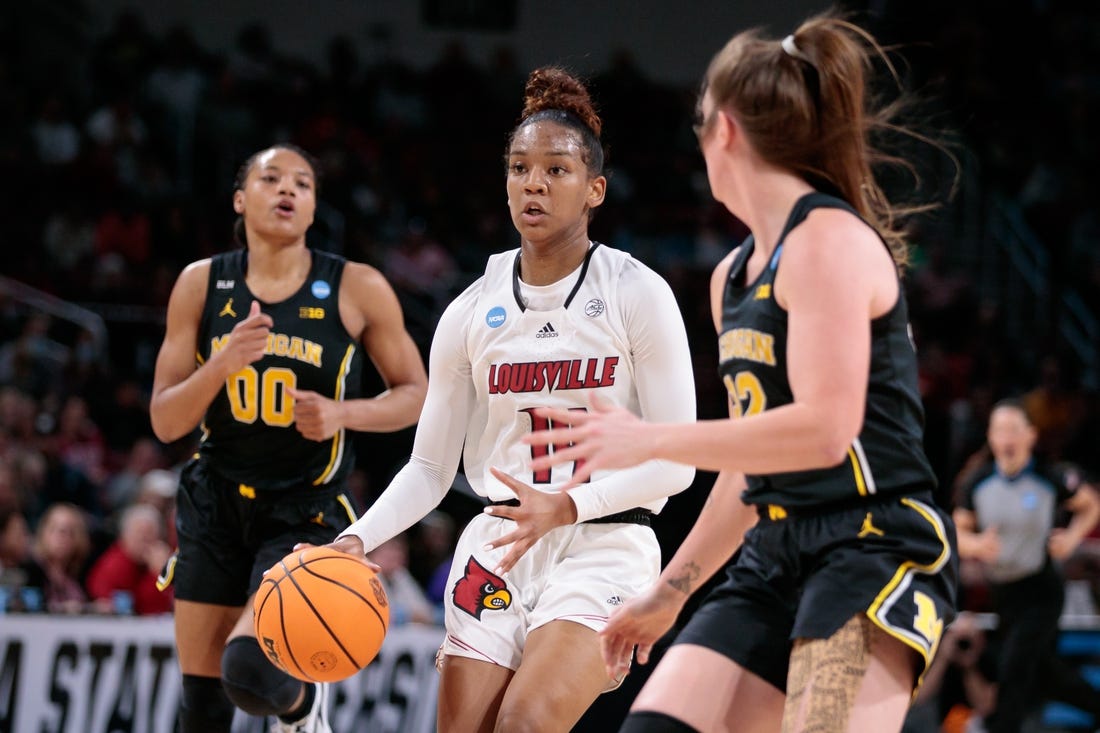 Chelsie Hall supplied 15 points for the Cardinals (29-4), who reached the Final Four for the fourth time in the program’s history and first since 2018. Kianna Smith added 11 points for Louisville, while Emily Engstler grabbed 16 rebounds and Olivia Cochran tossed in nine points.

Louisville will play South Carolina in Minneapolis on Friday.

Naz Hillmon led Michigan (25-7), which was making its first-ever appearance in the Elite Eight, with 18 points and 11 rebounds. The Wolverines committed 22 turnovers and didn’t score in the last 5:42.

Michigan also didn’t score in the first five minutes. Both teams heated up the rest of the quarter and Louisville carried a 17-13 lead into the second quarter.

Hall, who scored 13 first-half points, had a 3-pointer and layup in the first three minutes of the quarter to stretch the Cardinals’ lead. Van Lith’s layup with 4:56 left in the half gave Louisville a 26-19 lead. Michigan closed the gap to one point with an 8-2 spurt before Smith made a layup to give Louisville a 30-27 halftime edge.

Louisville had a 6-0 spurt early in the second half, including a Hall layup, to gain a 38-31 lead. Van Lith made a jumper to extend the Cardinals’ lead to 43-34. The Wolverines went more than seven minutes without a field goal but when Maddie Nolan rattled in a 3-pointer, they were within four at 43-39.

Louisville was clinging to a 45-43 lead entering the fourth. It scored the first five points of the quarter, including Van Lith’s three-point play. Her putback with 8:05 left made it 52-45.

The Cardinals then went scoreless for more than five minutes but Michigan could only cut its deficit to two. Cochran ended Louisville’s drought with a layup. Cochran then made another layup after a Hillmon turnover and the Wolverines had no answers.

Outfielder Jason Heyward signed a minor-league deal with the Los Angeles Dodgers on Thursday. Heyward is returning from knee surgery and didn’t play the final three months of the regular…