No. 2 UConn drops No. 1 NC State in double OT to reach Final Four 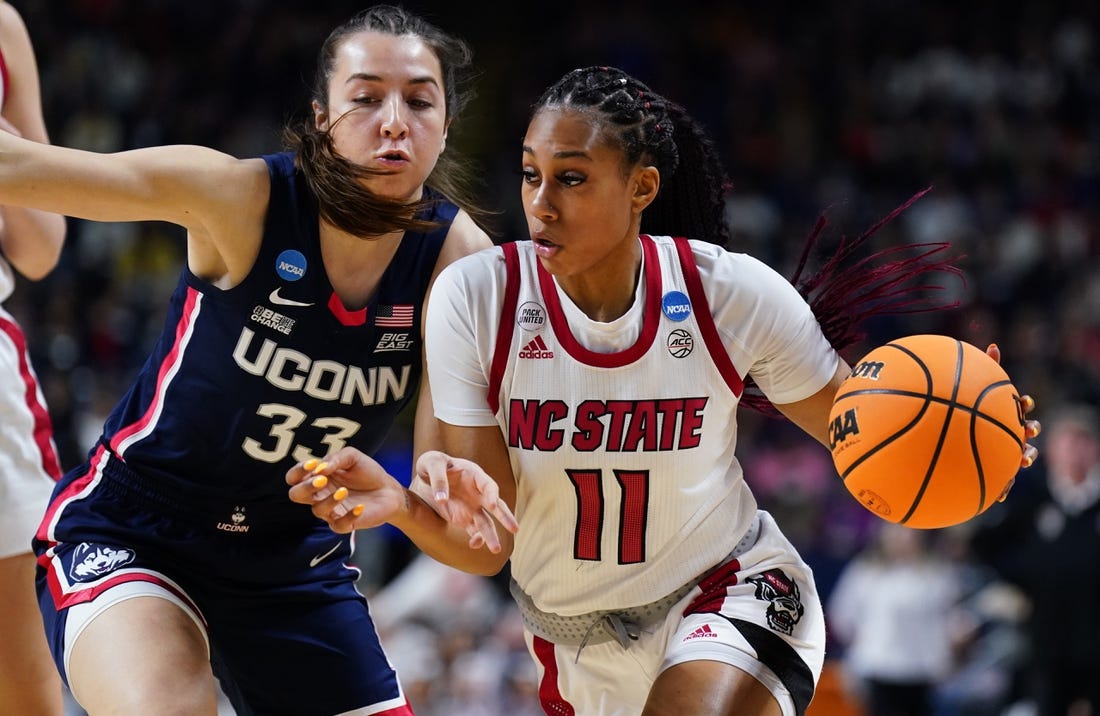 The Huskies (29-5) will meet defending NCAA champ Stanford on Friday night in the semifinals at Minneapolis.

Bueckers made 8 of 9 shots in the second half, including a 3-pointer and a pullup to start the second overtime that put the Huskies ahead for good. Christyn Williams added 21 points, including a clinching layup with 5.2 seconds remaining. Azzi Fudd tallied 19 and Aaliyah Edwards hit for 10.

NC State tied the game at 61 with one minute left in regulation when Cunane powered home a layup. The Wolfpack then forced a second overtime when Brown-Turner drilled a corner 3-pointer over Bueckers with 0.8 seconds left.

UConn controlled most of the first three quarters, using significant advantages in points in the paint and points off turnovers. It was able to create better shots in the lane while forcing NC State to rely on 3-pointers that rarely found the mark.

The Huskies led by as many as nine in the second quarter but lost Dorka Juhasz, one of their top post players, to what was called a left wrist injury after she was fouled under the bucket. Cunane’s layup in the final minute drew the Wolfpack within 34-28 at halftime.

NC State kept working the game in the third quarter, finally finding the range from 3-point land after going 1 of 10 in the first half. Diamond Johnson drilled a 3 in the last minute, pulling the Wolfpack within 44-43 going to the fourth period.

Vancouver goalie Thatcher Demko sustained a lower-body injury and had to make an early exit from the Canucks’ Thursday home game against the visiting Florida Panthers. With 47 seconds remaining…

Cole Caufield’s third-period, power-play goal broke a deadlock and goaltender Jake Allen sparkled to give the visiting Montreal Canadiens a 2-1 victory over the Calgary Flames on Thursday. Juraj Slafkovsky…

Kevin McCullar returns to lead No. 9 Kansas past Seton Hall

Kevin McCullar returned from a one-game injury absence to post 17 points and 10 rebounds and No. 9 Kansas ran away from Seton Hall, winning 91-65 Thursday night in Lawrence,…

Vancouver goalie Thatcher Demko sustained a lower-body injury and had to make an early exit from the Canucks’ Thursday home game against the visiting Florida Panthers. With 47 seconds remaining…

Kevin McCullar returns to lead No. 9 Kansas past Seton Hall