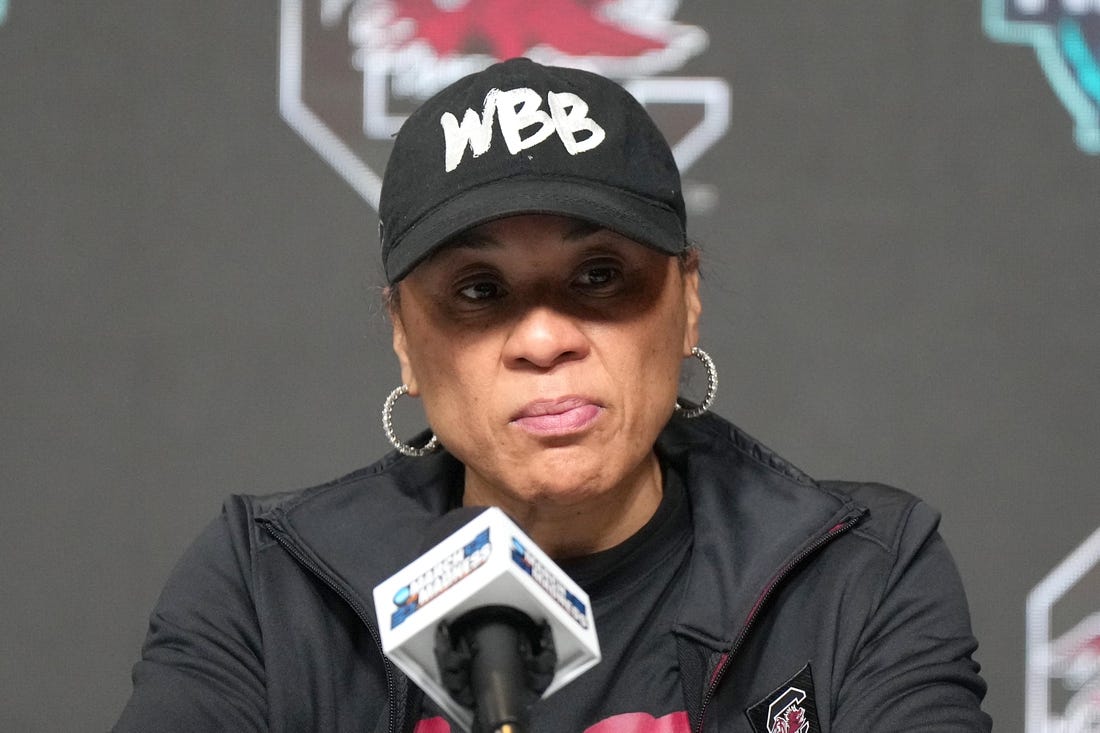 After an NCAA Tournament trail littered with upsets and close games, the women’s Final Four has boiled down to powerhouse teams with no clear-cut favorite.

The national semifinals in Minneapolis on Friday night include three No. 1 seeds, along with perennial power UConn, a No. 2 seed that has returned its best player from injury.

South Carolina, which lost to Stanford in last year’s semifinal, features a rugged defense and dominant rebounding, led by junior forward Aliyah Boston, named both the Naismith national player of the year and defensive player of the year.

The Gamecocks’ offense has been inconsistent, but they shot 50.9 percent in an 80-50 rout of Creighton in the regional final.

“I think a lot of people have questioned our offense throughout the tournament, and it just seems to be our team that’s been targeted about what our offense is doing, and no other team has been targeted in the way that our team has,” said South Carolina coach Dawn Staley, named Naismith national coach of the year for the second time in three seasons.

Despite also being a No. 1 seed, the Cardinals are a big underdog.

“At this time of the year there’s no doubt, you’ve got to play your best or you’re not going to win,” said Louisville coach Jeff Walz. “We’re looking forward to the opportunity because you can’t win if you don’t play the game. We’re fortunate enough to still be playing.”

Louisville is 151-19 over the last five seasons, third behind UConn and Baylor for victories in that span.

The Gamecocks won the national title in 2017. Louisville, making its fourth Final Four appearance, lost to UConn in the title game in 2009 and 2013.

Stanford, which returned all but one player from last season’s title team, has won 24 straight since a four-point loss at South Carolina in mid-December.

“I think we play similar styles, and we know that the team that does their thing better will win,” said Stanford coach Tara VanDerveer, the winningest coach in women’s basketball history. “So, we know that we have to play very well. You have to do the usual stuff. You have to take care of the basketball, take good shots, rebound, play great defense. But we’re excited.”

UConn, which has won a record 11 national titles, has been bolstered by the return of Paige Bueckers, who missed 19 games following knee surgery.

Bueckers took over late in the Huskies 91-87 double-overtime victory over No. 1 seed North Carolina State in the regional final, scoring 23 of her game-high 27 points after halftime.

“If you’d have asked me two weeks ago can Paige play 40-some minutes in a double overtime game, this past Monday night against as good a team as we’ve ever played in this tournament, I would say, no, she can’t,” said UConn coach Geno Auriemma. “But she got better and better as the game went on, and I’m glad that we have three or four days to get ready for the next one.”

Connecticut last won the championship in 2016, which capped a string of four consecutive titles. UConn has won five of the last six meetings with Stanford.