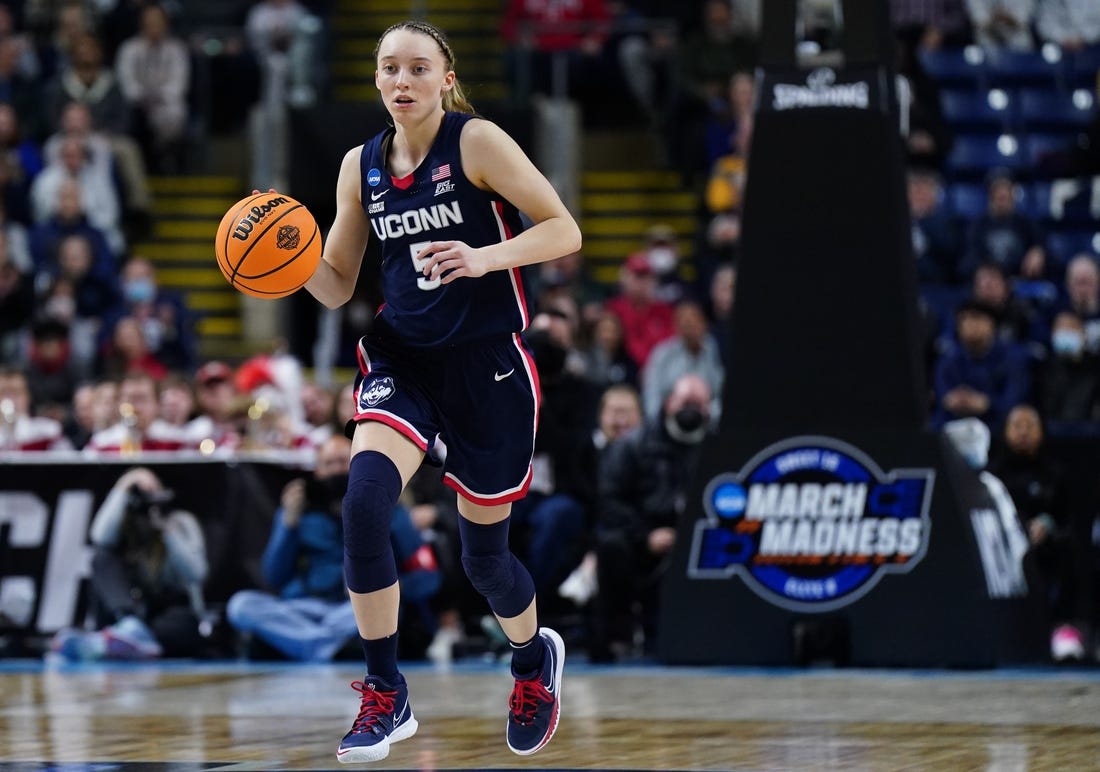 Nearly all four No. 1 seeds made the Final Four of the women’s NCAA Tournament. The spoiler was UConn, hardly a stranger to this stage of the competition.

The Huskies, a No. 2 seed, earned their 14th consecutive Final Four berth with a 91-87 double-overtime victory over top-seeded North Carolina State in the regional final in Bridgeport, Conn. — just 75 miles from UConn’s campus.

The other three teams for the Final Four at Minneapolis — South Carolina, defending champion Stanford and Louisville — are each No. 1 seeds. It’s the fourth time in the last five tournaments that the Final Four is all No. 1 and No. 2 seeds.

UConn has won 11 national titles under coach Geno Auriemma, the first coming in 1995 in Minneapolis. Stanford won the title last season for the first time since 1992 with a 53-52 victory over Arizona. The Cardinal also won the title in 1990 and were runners-up in 2008 and 2010 under coach Tara VanDerveer.

South Carolina, which won the title in 2017 under coach Dawn Staley, lost to Stanford 66-65 last season in the semifinals. Louisville lost in the championship game to UConn in 2013 and 2009.

–The Gamecocks’ two losses were by a total of three points — a 70-69 setback at Missouri in late December, and then a 64-62 upset by Kentucky in the SEC tournament title game. The Gamecocks beat UConn by 16 early in the season, and defeated Stanford 65-61 in mid-December.

After four games shooting 35 percent or under, the Gamecocks shot 50.9 percent in an 80-50 rout of Creighton in the regional final.

“We’re playing good basketball,” Staley said. “Whether our shooting percentage is in the 30s or in the 50s, I don’t think we’re taking bad shots. So, if we’re taking bad shots, then we have issues. We’re just taking good shots that aren’t going in. At some point those shots will go in, and I thought they did a great job of finding them fall through the rim on Sunday. So, I hope that will remain the case.”

Aliyah Boston, a 6-foot-5 junior, averages 16.8 points and 12.2 rebounds as South Carolina has a 17.9 advantage over opponents on the boards — tops in the country. The Gamecocks also are No. 1 in blocks per game at 7.6.

–Louisville topped No. 3 Michigan 62-50 in the regional final.

Sophomore guard Hailey Van Lith has scored at least 20 points in each of the Cardinals’ four tournament victories. The Cardinals are also armed with Emily Engstler, an All-ACC First Team and Defensive Team selection who declared for the WNBA Draft on Tuesday.

Louisville never appeared in a Final Four before it hired Jeff Walz as coach in 2007. Since then, the Cardinals have gone to four.

Twice, Walz’s Cardinals have lost to UConn in the national championship game. Louisville beat a UConn team without Paige Bueckers earlier this season, 69-64.

“The unfortunate thing for us was in ‘09 and ‘13, the two years that we got to the finals, probably you could put those two UConn teams in probably the top five best women’s basketball teams ever,” Walz said. “Not just at UConn, I’m talking ever.”

–Stanford, which avenged an early-season loss by defeating Texas in the regional final, has won 24 straight since a 65-61 loss at South Carolina on in mid-December.

“Not at all. I mean, it is absolutely thrilling. I’m a 10-year-old waking up to Christmas. It never gets old. Never,” said VanDerveer, who took over at Stanford in 1985. “I’m so excited. I think part of it is you’re with a different team every time, so it’s really exciting with each team that you’re able to bring.”

–UConn, which has used 11 different starting lineups due to injuries, was bolstered by the return of Paige Bueckers, the reigning player of the year, who missed 19 games while recovering from knee surgery. Bueckers, a Minnesota native, scored 27 points in the win over N.C. State, including 15 after regulation.

UConn will be without forward Dorka Juhasz, who suffered a season-ending left wrist fracture against N.C. State.

The Huskies last won the championship in 2016, but their reign of titles began in 1995 in Minneapolis, capping a perfect 35-0 season under Auriemma with a 70-64 victory over Pat Summitt’s Tennessee.

“Every memory that I have about that game is burned into my mind. I can probably remember every single possession,” Auriemma said. “I can remember every timeout, halftime what we did, where we stayed, everything, because everything was just so big. We were riding that undefeated season. We were getting unprecedented attention that had never been bestowed on a women’s basketball program.”

Mistakes in the red zone have proved costly in a number of the Atlanta Falcons’ tightly contested games this season. In the Falcons’ 19-13 loss to the Washington Commanders on…

Quarterback Aaron Rodgers is up in the air as Green Bay enters Week 13. Test results were not available to Packers head coach Matt LaFleur on Monday when he said…