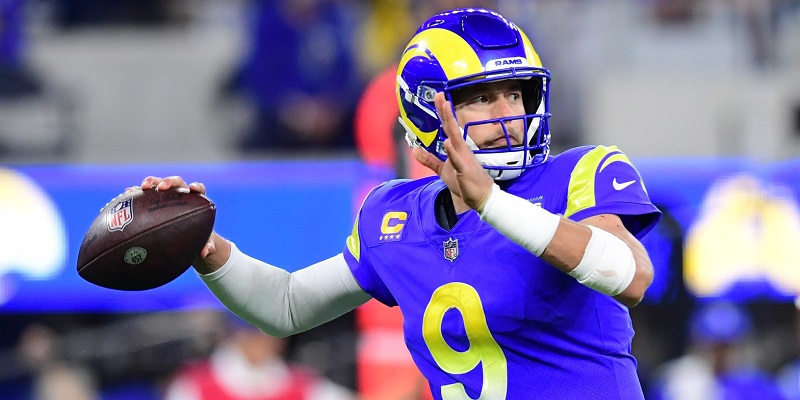 The Los Angeles Rams have been set as 4.0-point favorites to beat the Cincinnati Bengals in Super Bowl LVI at SoFi Stadium in Inglewood, Calif., on Feb. 13.

The Rams, who held on to knock off the San Francisco 49ers 20-17 Sunday night in the NFC Championship Game, are 4.0-point favorites at several sportsbooks including as DraftKings, Caesars and FanDuel. BetMGM set the line at 3.5 points.

The Bengals, who as 7.0-point underdogs rallied from 18 points down to upset the host Kansas City Chiefs 27-24 in overtime in the AFC Championship Game earlier Sunday, have been the underdogs in two of their three playoff games.

The AFC North champs defeated the Las Vegas Raiders in the wild-card round as 6.0-point favorites and were 3.0-point underdogs before toppling the top-seeded Tennessee Titans in the divisional round.

The Bengals, who went 4-11-1 last season and finished last in their division, were +15000 to win the Super Bowl before the season began, according to odds website TheLines.com. Only the Houston Texans and Detroit Lions had longer preseason odds.

“These playoff games have been as thrilling as any in NFL history and the stage is set for a similar Super Bowl, despite a matchup that not many expected,” said Brett Collson, lead analyst for TheLines.com. “From Tampa Bay to Green Bay to Kansas City, the favorites dropped.

“This matchup is compelling from many viewpoints, including the quarterback battle between Joe Burrow and Matthew Stafford will draw a lot of attention.”

Among seven sportsbooks, four set the Super Bowl total at 49.5 points, while three others listed it at 50.