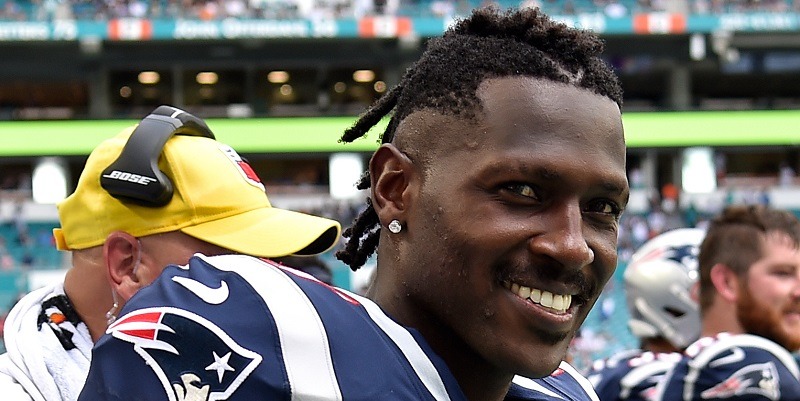 Free agent wide receiver Antonio Brown will be suspended for eight games should he sign with an NFL team, the league announced Friday afternoon.

“Antonio Brown was notified today by NFL Special Counsel for Conduct Todd Jones that he has been suspended without pay for the first eight regular-season games of the 2020 season for multiple violations of the NFL’s Personal Conduct Policy,” the NFL said in an official statement.

Brown has been a free agent since September, when the New England Patriots released him after one game following allegations of sexual assault and intimidating text messages sent to an accuser. Those allegations lead to the NFL’s investigation.

The NFL said Brown, an unrestricted free agent, would be eligible to take part in all preseason activities should a team sign him before the season starts. If that’s the case, the suspension would go into effect with the final roster cut on Sept. 5 and could return in the team’s ninth game.

Brown also was advised that any future violation of the Personal Conduct Policy likely would result in more significant discipline.

Last month, Brown was sentenced to two years’ probation and ordered to undergo a psychological evaluation and enroll in a 13-week anger management course by a Florida court after pleading no contest to an assault charge unrelated to the allegations of sexual assault.

As part of the discipline, the league directed Brown to continue his counseling and treatment program.

On Thursday, Baltimore Ravens head coach John Harbaugh said the team would consider adding the free agent wide receiver, but not likely at this time. His quarterback, reigning league MVP Lamar Jackson, has lobbied for his signing.

“We’ll look at any and every player at all times. Antonio Brown is no exception,” Harbaugh told reporters.