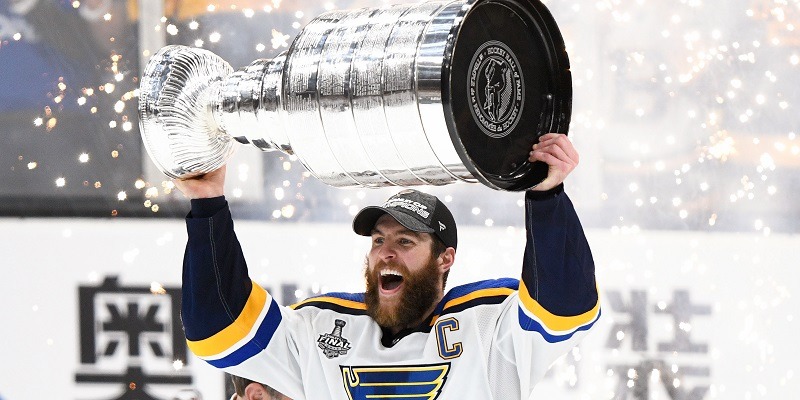 Now that hockey world had a summer to digest a wild Stanley Cup playoffs that concluded with the St. Louis Blues winning for the first time in franchise history, all of the free-agency turnover and followed down-to-the-wire negotiations for all of those high-profile restricted free agents, the 2019-20 season is ready to begin.

After the offseason movement, the next seven months will answer which moves worked out and which didn’t. Still, some teams will take steps forward (Dallas, Florida and the New York Rangers appear to be good candidates) and some will fall backward (Winnipeg, Pittsburgh, Calgary and Columbus could fall into this category) and some have long, long seasons ahead of them — despite their current optimism.

Here is where we see the 31 teams right now, from the bottom to the top:

31. Ottawa Senators: The worst is yet to come for a team that was at the bottom of the ladder last season and only added bit parts — including former Toronto Maple Leafs Ron Hainsey, Nikita Zaitsev and Tyler Ennis. Ottawa has loads of prospects and picks, but Canada’s capital should brace for a long, long year … or two … or three.

30. Los Angeles Kings: An aging squad that finished last in the Western Conference essentially stood pat other than bringing in a new head coach in Todd McLellan. Captain Anze Kopitar, Dustin Brown and Drew Doughty are coming off horrid seasons, but things won’t be much better.

29. Detroit Red Wings: Speaking of a quiet offseason, the Red Wings brought back Valtteri Fippula, signed Patrick Nemeth and traded for Adam Erne. Detroit is a long ways from a return to glory.

28. Minnesota Wild: A tumultuous offseason saw general manager Paul Fenton fired after the draft and a free-agency period came with dubious acquisitions of Mats Zuccarello and Ryan Hartman. The State of Hockey is facing tough times.

27. Anaheim Ducks: Gone are Corey Perry (buyout) and Ryan Kesler (long-term injury) from a Ducks team that is starting to turn over the roster. Unfortunately, goalie John Gibson can’t singlehandedly win that many games for new head coach Dallas Eakins.

26. Edmonton Oilers: A team with captain Connor McDavid and Leon Draisaitl should be in a playoff spot, but depth additions such as Markus Granlund and Riley Sheahan, adding James Neal for Milan Lucic (Calgary) and goalie Mike Smith won’t help the Oilers make a big jump.

24. New Jersey Devils: It was a great summer by winning the draft lottery to get Jack Hughes and acquiring veterans P.K. Subban and Wayne Simmonds, but the turnaround isn’t complete yet.

23. Columbus Blue Jackets: The big story is who departed: Sergei Bobrovsky (Florida), Artemi Panarin (New York Rangers), Matt Duchene (Nashville), and Ryan Dzingel (Carolina). Signing Gustav Nyquist will not make up the difference for a team that should be applauded for going all-in at last season’s trade deadline, but will now pay the price.

22. Chicago Blackhawks: The winds of change resulted a bevy of moves — in are Robin Lehner, Olli Maatta, Calvin de Haan, Andrew Shaw, Alexander Nylander, and Zack Smith, out are Dominik Kahun (Pittsburgh), Gustav Forsling (Carolina), Henri Jokiharju (Buffalo), and Artem Anisimov (Ottawa) — but the Blackhawks are in trouble in a tough division.

20. Pittsburgh Penguins: From 100-point team to missing the playoffs? Don’t be surprised. Signing Brandon Tanev and bringing in Alex Galchenyuk for Phil Kessel (Arizona) are not moves by an improving team.

19. Montreal Canadiens: After just missing the playoffs with more points than a trio of Western Conference teams that reached the second season, the Canadiens pretty much got worse in a division with three top-tier clubs in Tampa Bay, Boston and Toronto.

16. Philadelphia Flyers: Talk about the ultimate who-knows team. Philly appears to have a legit goaltender in Carter Hart, overpaid Kevin Hayes to a long-term deal and added Justin Braun and Matt Niskanen to the defense corps. The result is a bubble team at best.

15. Arizona Coyotes: Adding Phil Kessel and Carl Soderberg unquestionably will give the Coyotes a more potent attack, but the jury is out regarding goalies Darcy Kuemper and Antti Raanta.

14. New York Rangers: Adding Artemi Panarin, Jacob Trouba and Kaapo Kakko thanks to a draft lottery ball will make the Rangers significantly better, and quite likely a playoff team.

13. Florida Panthers: Sergei Bobrovsky for the retired Roberto Luongo makes the Panthers better in goal. They also added much-needed depth and a proven head coach in Joel Quenneville. Florida is not in the top-three of the Atlantic Division, but may be a 100-point team.

12. Winnipeg Jets: Remember how the Jets were Cup favorites? It was a bad offseason in Winnipeg. On defense, Jacob Trouba (New York Rangers), Tyler Myers (Vancouver) are gone and Dustin Byfuglien is in limbo, while Kevin Hayes (Philadelphia), Ben Chiarot (Montreal), and Brandon Tanev (Pittsburgh) departed.

9. Calgary Flames: Last year’s top Western Conference team in the regular season swapped bad contracts — dealing James Neal for Milan Lucic with the Oilers — and in a round-about way goaltenders, bringing in Cam Talbot essentially for Mike Smith. Goaltending remains a question mark for a team that will be near the top of the conference.

7. Nashville Predators: It was a bold — but correct — move to trade away P.K. Subban to make salary space for Matt Duchene. Nashville’s Stanley Cup window is closing, but a crack remains open.

6. St. Louis Blues: The champs are a curious case. They’re probably better having added Justin Faulk to the defense and having lost only Patrick Maroon (Tampa Bay) and Joel Edmundson (Carolina). Still, with the expected Stanley Cup hangover and troubles that had them at the bottom of the standings a couple of months into the 2018-19 season, don’t be shocked if it’s a struggle.

5. Washington Capitals: It was a summer of more notable exits — Matt Niskanen (Philadelphia), Andre Burakovsky (Colorado) and Brett Connolly (Florida) — compared to arrivals, but the Capitals remain a strong team.

4. Vegas Golden Knights: The early playoff exit of the spring will help a team which made its big acquisition at the 2019 trade deadline in Mark Stone. Nikita Gusev (New Jersey), Erik Haula (Carolina) and Colin Miller (Buffalo) were all salary cap casualties, but it’s an easy case to make Vegas is the best team in the Western Conference.

3. Toronto Maple Leafs: Are the Maple Leafs a legit Stanley Cup contender? Yes. On paper, bringing in Tyson Barrie and Cody Ceci for Nikita Zaitsev (Ottawa) and Jake Gardiner (Carolina) makes for a more effective blueline, and they have the firepower to overcome moving out Nazem Kadri (Colorado).

2. Boston Bruins: The losses from the championship runner-up were minimal — Noel Acciari (Florida) and Marcus Johansson (Buffalo). Boston’s standout veterans still have a year or two in them and the young bucks are only getting better.

1. Tampa Bay Lightning: Maybe they won’t be a 128-point team this season, but the small turnover — out are J.T. Miller (Vancouver) and Adam Erne (Detroit) while Kevin Shattenkirk and Pat Maroon are the key additions — means the Lightning remain the top of the heap … at least in the regular season.