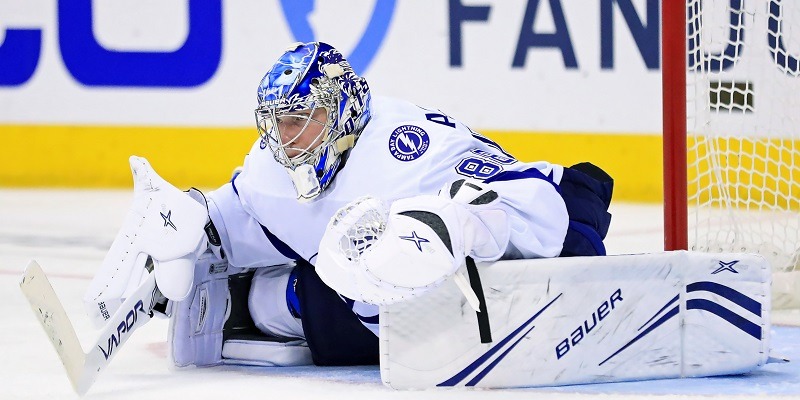 The Tampa Bay Lightning flamed out of the Stanley Cup Playoffs following a 128-point 2018-19 regular season, but sportsbooks have clearly wiped the slate clean entering a new season.

The Lightning are strong favorites by oddsmakers to hoist the Stanley Cup next summer. PointsBet and FanDuel are offering Tampa Bay at +700, while DraftKings has the Lightning at +750. Of the three books, only the Toronto Maple Leafs at +950 by FanDuel are being offered at lower than +1000.

Oddsmakers are mixed on who poses the biggest threat to Tampa Bay. PointsBet is offering the Maple Leafs and Boston Bruins at +1000, while DraftKings has the Vegas Golden Knights at +1100, followed by Toronto (+1200) and Boston (+1300).

Tampa Bay figures to have a tough road to haul with Boston and Toronto in the Eastern Conference, while Las Vegas is the unanimous favorite out of the Western Conference by all three books. The Golden Knights are +375 to reach the Finals by PointsBet, followed by the Colorado Avalanche (+500).

Odds are a bit tempered on the reigning Stanley Cup Champions. PointsBet has the St. Louis Blues as the sixth favorite entering the season at +1500 (same odds as FanDuel), while DraftKings has them at +1800 to repeat.

For those who strongly believe the eventual champion will come from a core group of strong teams, FanDuel is offering a prop bet of Tampa Bay, Toronto, Boston, Vegas and St. Louis (+146) vs. The Field (-180) to win the Stanley Cup.

With the Rangers, Islanders and Devils all mired in the middle of the pack, some books are offering a regional prop bet for the team finishing with the most regular season points. PointsBet is offering: Devils +140, Islanders +175 and Rangers +250, while DraftKings is Devils +120, Islanders +200 and Rangers +275.

DraftKings is offering a 3.5 Over/Under on how many Canadian teams reach the playoffs.