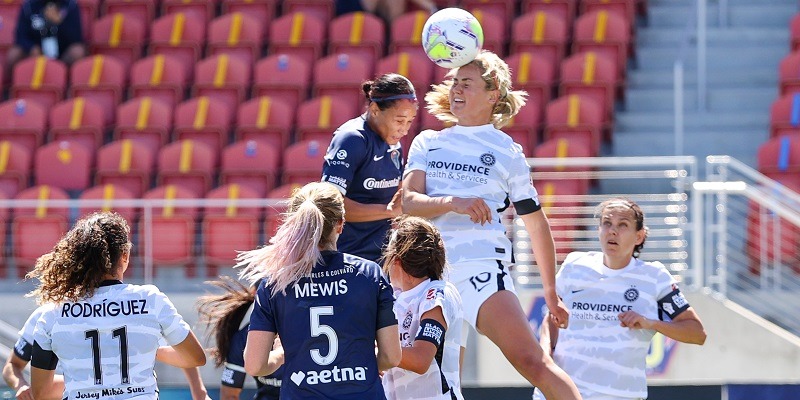 Every player from both teams kneeled during the national anthem and wore Black Lives Matter T-shirts before the start of Saturday’s National Women’s Soccer League Challenge Cup.

“In case you haven’t heard, #BlackLivesMatter,” the NWSL tweeted after members of the North Carolina Courage and Portland Thorns took a knee at Zions Bank Stadium in Herriman, Utah.

It was the opening match of a monthlong competition in the Salt Lake City area.

The Courage are the two-time defending NWSL champs, while the Thorn won titles in 2013 and 2017.

Each team will play four games during a preliminary round through July 13 to determine seedings. The last-place team will be eliminated, with the other eight advancing to the quarterfinals. The final is scheduled for July 26 at Rio Tinto Stadium in Sandy, Utah.

The Orlando Pride pulled out of the Challenge Cup after six players and four staff members tested positive for the coronavirus earlier this week. Some results from second tests were inconsistent, and the team said third tests would be conducted.