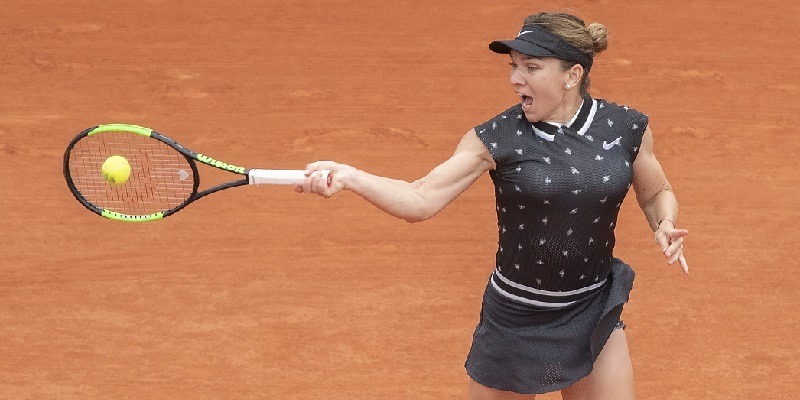 With rain wiping out play Thursday, Simona Halep’s route to a second consecutive French Open may have been put on pause for a day, but sportsbooks still believe she has a clear path to more glory at Roland Garros.
Halep entered as the No. 3 seed, but has dropped only four combined games after a pair of three-setters to begin the tournament. Meanwhile, top seed Naomi Osaka and No. 2 Karolina Pliskova were upset, as was No. 10 seed Serena Williams.
Halep will have to win on three straight days due to Thursday’s rain, but she is a heavy favorite against unseeded American Amanda Anisimova in the quarterfinals. That would leave the winner of  14th seed Madison Keys vs. eighth-seeded Ashleigh Barty of Australia in the semifinals.
On the other side of the bracket, No. 26 seed Johanna Konta and unseeded Marketa Vondrousova are already through to a semifinal clash. They do get the benefit of a day of rest, while whoever emerges from the other side of the bracket will have to win matches on three consecutive days.
That hasn’t weighed heavily on Halep’s odds, as the Romanian is a +135 favorite by SugarHouse and is listed as +125 by FanDuel. Konta is the closest competitor at +375 and +360.