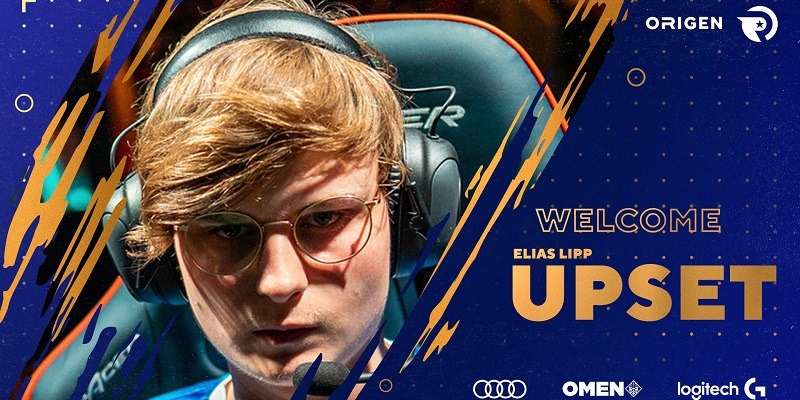 They will join Barney “Alphari” Morris and Erlend “Nuckduck” Holm.

ESPN’s Jacob Wolf was first to report on Monday that Upset was joining the roster with bot laner Patrik “Patril” Jiru being traded to Excel.

Origen was expected to be active during free agency after finishing 7-11 during the LEC 2019 Summer Split and missing out on Worlds 2019.

“We have spent the off-season on improving our scouting methods and I’m so happy with this lineup,” said Origen general manager Martin ‘Deficio’ Lynge. “It’s a great mix of individual talent, matching personalities and hunger to win a title.

“We will reach our goals and ambitions. You don’t become a permanent contender for the titles overnight, but long term, this is our ambition. And I am confident the 2020 roster and set-up will bring us closer!”

Upset, 19, has been with FC Schalke 04 since 2017 and was considered one of the top players available in free agency after the German team announced last week that he was no longer with the organization.

Xerxe is a 20-year-old Romanian who has played for Dark Passage, Unicorns of Love and Splyce.

“Andrei is going to be a fundamental piece for Origen’s success this year,” said coach Andre Guilhoto. “At only 20, he is already one of the top junglers in Europe, showing signs of maturity way above his biological age. I’m counting on him to help Origen have a consistent early game and to be dominant in every 2v2 or 3v3.”

All the way from Australia, Mitchell Shaw is now a part of the #OGFamily


Destiny, 22, comes to Origen from Mammoth. The Australian has also played for Avant Garde, Dire Wolves and Chiefs Esports Club.

“Destiny is on the new Origen lineup because he brings the exact qualities we are looking for in a Support,” said Guilhoto. “The two key things we wanted were strength in engaging and communication. Combine that with solid laning skills, knowledge and experience to snowball the game with our superstar, Upset, we believe Destiny is a great fit. He will show up ready to prove himself and I’m excited!”