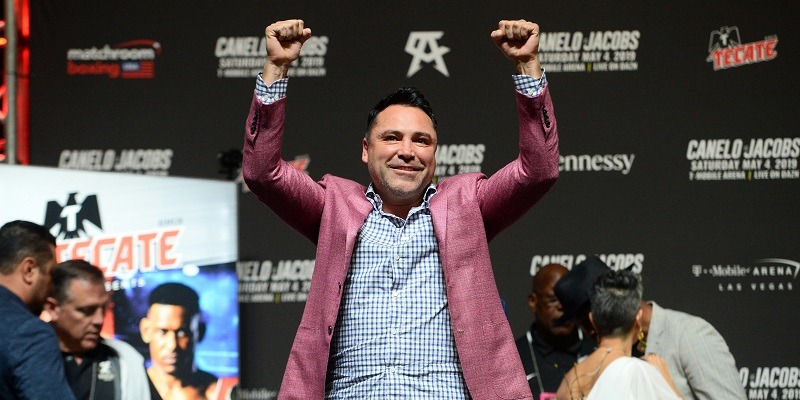 Oscar De La Hoya is ready to make a return to the ring.

The 47-year-old De La Hoya told ESPN on Wednesday that he plans to come out of retirement to make a professional comeback.

De La Hoya is nearly 12 years removed from his last fight against Manny Pacquiao, one in which he quit on his stool after the eighth round in December 2008. De La Hoya announced his retirement a few months later, but now insists he is ready for a return.

“The rumors are true, and I’m going to start sparring in the next few weeks,” De La Hoya told ESPN.

No opponent has been determined and no date has officially been set for The Golden Boy’s return. He said the plan is to compete between 154-160 pounds.

“It’s a real fight,” De La Hoya said. “I miss being in the ring, I love boxing. Boxing is what gave me everything I have today, and I just miss it.”

De La Hoya sported a 39-6 record with 30 knockouts in his career. He won gold at the 1992 Olympics in Barcelona for the United States and captured world title belts in six different weight classes.