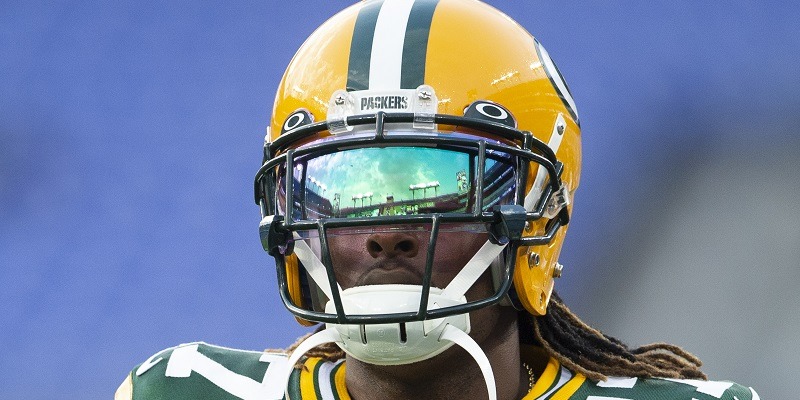 Packers wide receiver Davante Adams might not play Monday and Green Bay’s top outside threat isn’t certain when he will be ready to return from a turf toe injury he described as “serious.”

Adams leads the team with 25 receptions for 378 yards even after sitting out Week 5, a win over the Dallas Cowboys.

“We’re just really trying to pace it at this point,” Adams told the Packers’ official website. “I can’t really tell you when I’m going to play. I know it doesn’t feel how I want it to feel at the moment, but we definitely have time.”

The Packers host the Detroit Lions on “Monday Night Football” at Lambeau Field. To hear Adams describe his current status after missing practice Wednesday and Thursday leads one to believe Marquez Valdes-Scantling will be Aaron Rodgers’ No. 1 receiver against the Lions.

“It’s not really something you can just say ‘I’m going to tough through this,'” Adams said. “It has to be healed, especially when you have ligament damage. We have to be smart about it. We’ve made some strides in treating it, but we have to make a few more.

“The fact of the matter is I’m not playing through anything when it comes to this. It’s not the toughness thing. I’m not interested in winning any medal of honor awards or anything like that. I’m going to get back when it’s healed and when it’s ready to go. I’ll listen to my body and listen to our doctors.”