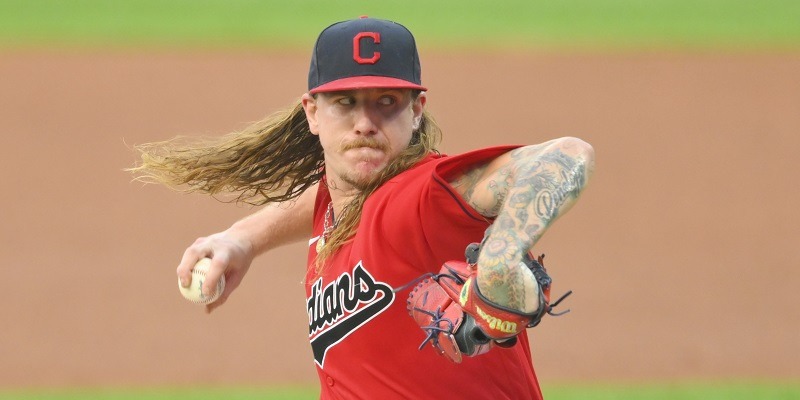 The San Diego Padres have agreed to acquire right-hander Mike Clevinger from the Cleveland Indians in a nine-player deal.

The deal, which comes a few hours before Major League Baseball’s trade deadline, is the fifth by the Padres in the past two days. San Diego also acquired catcher Jason Castro, reliever Trevor Rosenthal and versatile Mitch Moreland in separate trades while also swinging a seven-player deal with Seattle on Sunday.

Clevinger, 29, had fallen out of favor in Cleveland after he and fellow right-hander Zach Plesac violated team safety and health policies by going out with friends in Chicago on Aug. 8.

Allen, 27, is batting .160 with one homer and four RBIs in 15 games this season. He is hitting .239 with eight homers and 57 RBIs in 220 career games over three-plus seasons with Cleveland.

Who did the Indians land?

Naylor, 23, is batting .278 with one homer and four RBIs in 18 games this season. Naylor, who is the brother of Cleveland catcher Bo Naylor, has a .253 batting average with nine homers and 36 RBIs in 112 career games with the Padres.