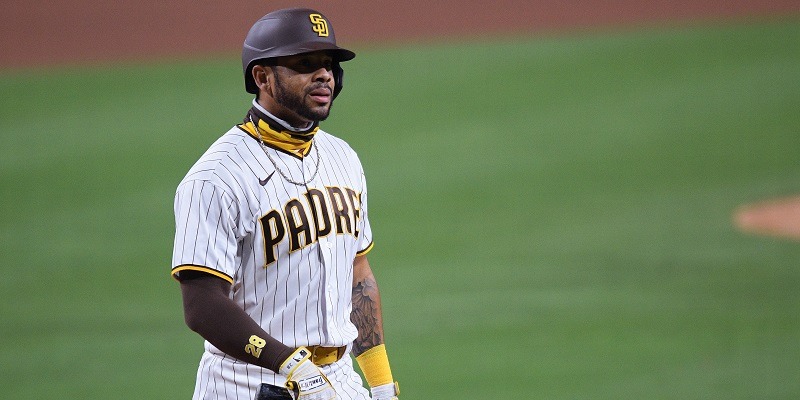 San Diego Padres outfielder Tommy Pham broke the hamate bone in his right hand and could miss the rest of the shortened regular season.

He left the Padres’ 5-4 loss to the Arizona Diamondbacks on Sunday after fouling back a pitch.


Manager Jayce Tingler announced the diagnosis in an interview Monday morning that aired on MLB Network Radio on SiriusXM. Tingler said Pham will need four to six weeks of recovery but hoped he could return sooner.

The Padres are scheduled to end the regular season on Sept. 27 at San Francisco.

“Knowing Tommy, knowing his pain tolerance, I think we’re hoping — is there a chance that that gets sped up a week, two weeks — somewhere in there just, knowing who Tommy is,” Tingler said. “Is there a chance, towards the end of the year where hopefully if we’re in the playoffs, to give us a shot.”

Pham’s injury comes amid a five-game losing streak for San Diego, which started 11-7 in the tough National League West.

Acquired in an offseason trade with the Tampa Bay Rays, the 32-year-old Pham is hitting .207 with two home runs and nine RBIs and has appeared in all 23 games for the Padres. Last season, he hit .273 with 21 homers, 33 doubles, 68 RBIs and 25 stolen bases.

Tingler said Josh Naylor would be recalled to take Pham’s roster spot. The 23-year-old outfielder has four hits in 15 at-bats over seven games this season.