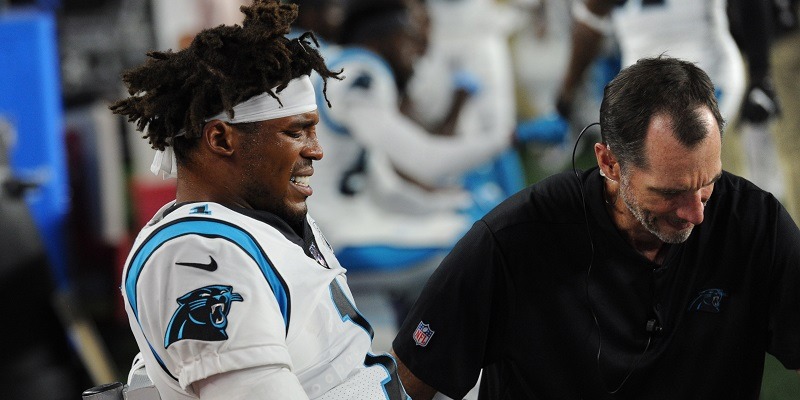 Carolina Panthers quarterback Cam Newton has been ruled out of the next weekend’s game against the Houston Texans, the team announced Monday.

Newton, who has a foot injury, will once again be replaced by quarterback Kyle Allen.

“What Cam needs right now is time and rest for his foot. We want him at 100 percent when he’s ready, so there’s no exact timetable for his return,” Panthers coach Ron Rivera said in a statement. “At this point, we’re going to go forward with Kyle as our starter.”

The Panthers plan to be patient with Newton given his foot injury dates to the preseason. The injury, a mid-foot sprain, caused Newton to remain in Charlotte rather than travel with the team to Arizona.

Newton, who also had offseason shoulder surgery, said he wasn’t healthy after the team got off to an 0-2 start. He was originally injured in the third game of the preseason against the New England Patriots.

Allen, who won his first career start last season over the New Orleans Saints, completed 19 of 26 of his passes for 261 yards, four touchdowns and no interceptions in a 38-20 win against Arizona.