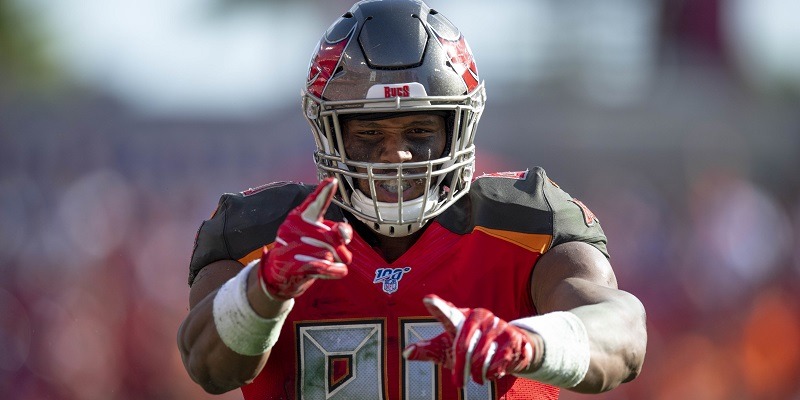 The New England Patriots were turned down by the Tampa Bay Buccaneers after inquiring about a potential trade for tight end O.J. Howard, according to a published report Monday.

Sports Illustrated’s Albert Breer reported that the Patriots reached out to the Buccaneers as they attempt to find a new threat at tight end following the offseason retirement of Rob Gronkowski.

Howard has been limited to just 13 receptions for 176 yards in six games this season. The 24-year-old has been held out of the end zone in 2019 after recording 11 touchdowns over his previous two campaigns.

Howard has 73 catches for 1,173 yards in 30 games since being selected by the Buccaneers with the 19th overall pick in the 2017 NFL Draft out of Alabama.

The Patriots (6-0) are thin at tight end with Matt LaCosse sustaining a sprained MCL injury in a 35-14 victory over the New York Giants on Oct. 10. The 27-year-old has three catches for 55 yards this season.

In addition, rookie seventh-round pick Ryan Izzo, 23, has been ruled out of Monday’s game against the New York Jets with a concussion.

Tomlinson, whose NFL career began as rookie free agent with the Philadelphia Eagles in 2015 out of UTEP, has also played for the Jets and Giants. In three seasons with the Jets (2016-18), he had 16 catches for 193 yards and one touchdown in 36 games (29 starts).

Claimed off waivers this season by the Giants on Sept. 1, Tomlinson, 27, played seven offensive snaps in three games for them before being released on Sept. 24.

Watson, 38, was brought back by Patriots, who had released him earlier this month after he served a four-game suspension for a violation of the NFL’s performance-enhancing drugs policy.