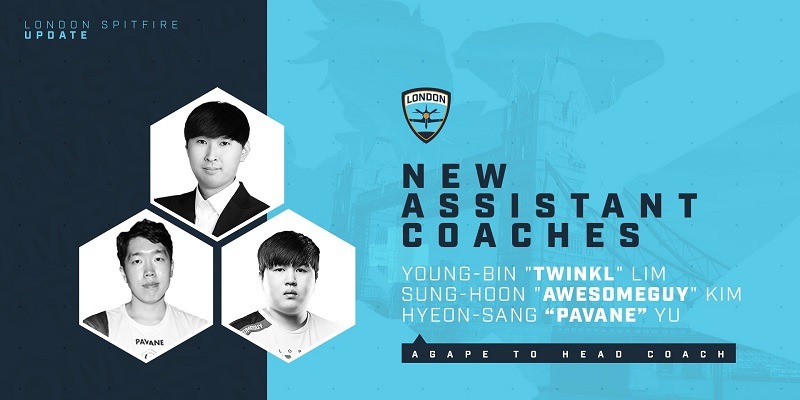 The New York Excelsior parted ways on Monday with coach Hyun Sang “Pavane” Yu, who joined the London Spitfire as an assistant coach.

Today, we part ways with our coach, mentor and friend @NYXL_Pavane

We will remain forever grateful for your leadership, dedication and hard work and wish you the absolute best in your career.#EverUpward pic.twitter.com/gHpmhsyUFi

It continues the offseason overhaul for NYXL, who have enjoyed consistent regular-season success through the first two seasons of the Overwatch League only to finish third in the playoffs in consecutive years.

The team was recently unable to come to an agreement on a new contract with star off-tank Tae-hong “MekO” Kim, who is now a free agent along with their former DPS Hwang “Fl0w3r” Yeon-oh. Pavane came to the team along with much of the original roster from South Korea’s LW Blue.

“Today, we part ways with our coach, mentor and friend @NYXL_Pavane,” NYXL tweeted. “We will remain forever grateful for your leadership, dedication and hard work and wish you the absolute best in your career.”

Pavane was NYXL’s coach for the past two seasons, coming to the OWL after a successful playing career that led to coaching Team South Korea at BlizzCon 2017 and 2018.

Pavane is one of three assistants announced Monday by the Spitfire, who also added Young-Bin “Twinkl” Lim and Sung-Hoon “Awesomeguy” Kim to work under new coach Cheolyong “Agape” Hong.

Moving forward @Agape will be taking over the head coach position! pic.twitter.com/OiHktQjHUC

“After wonderful past 2 seasons with @Andbox and @NYXL, I have decided to part ways with the organization,” Pavane tweeted Monday. “I have experienced so many amazing things with the team and it was truly an honor to work.”

All OWL teams must have at least eight players under contract by Nov. 15.