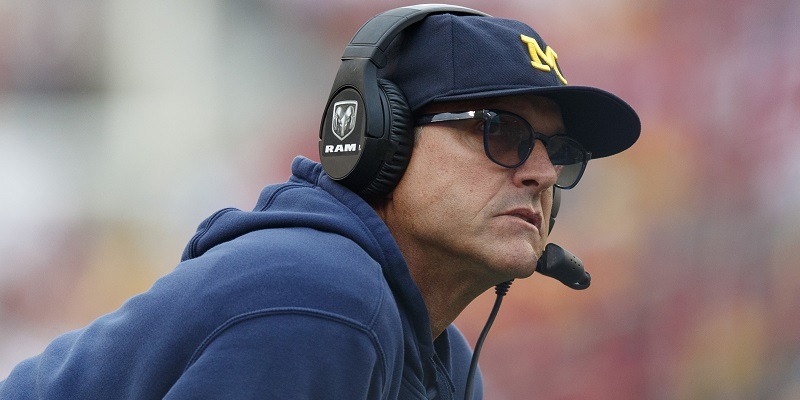 Penn State coach James Franklin is banking on his home crowd to energize his offense and keep the team’s record unblemished.

The No. 7 Nittany Lions will host No. 16 Michigan on Saturday night in University Park, Pa., in a marquee matchup of Big Ten powers with championship aspirations.

“Hopefully, we can create an environment here that’s the toughest environment in all of college football,” Franklin said. “Saturday’s a great opportunity for us to prove it.”

Penn State’s offense sputtered at Iowa last Saturday following easy conference wins against Maryland and Purdue by a combined score of 94-7. The Nittany Lions (6-0, 3-0 Big Ten) grinded out a 17-12 victory behind a stout defense and running back Noah Cain, who rushed for 102 yards and a fourth-quarter score.

“Early in that game on offense, we played like a young team,” Franklin said. “We made mistakes. Dropped some balls, we weren’t clean with some protections, got a little bit of antsy feet at times. We just did some uncharacteristic things on the road in a tough environment against a really good opponent.”

Redshirt sophomore quarterback Sean Clifford was held to 117 yards passing and was sacked three times. However, he didn’t throw an interception.

“Michigan and (defensive coordinator Don Brown) do as good of a job attacking people’s protections as anybody over his time at Michigan,” Franklin said. “Not only are we going to have to be ready for what we’ve seen on film, we’re going to have to be ready for something that he pulls out of his bag that he hasn’t shown yet specifically to attack us.”

The Wolverines (5-1, 3-1) nearly squandered a 28-point lead at Illinois over the weekend. They gave up 25 unanswered points before scoring two insurance touchdowns in a 42-25 victory. Quarterback Shea Patterson threw three touchdown passes and rushed for another. He didn’t throw an interception for the first time in four games.

“I felt like he’s been the best quarterback on the field each and every game,” Wolverines coach Jim Harbaugh said. “I feel that he is a winner. He’s tough. He makes great decisions. This past game, with the run and with the throw, we’re giving ourselves the best chance to win.”

Patterson had two scoring passes and a rushing touchdown in Michigan’s 42-7 blowout of the Nittany Lions last season.

Michigan is eager for the challenge and needs a victory to remain a viable contender for the Big Ten title. It has won three straight conference games after getting blown out 35-14 at Wisconsin. Harbaugh, the third-highest paid coach in college football, understands the ramifications of the game with the team’s list of preseason goals hanging in the balance.

“There’s an excitement to it. There’s a bounce in the step of everybody in our team,” Harbaugh said. “Felt we accomplished what we wanted to this past week, which was win the game and improving the football team. Now, onward. Have at it.”