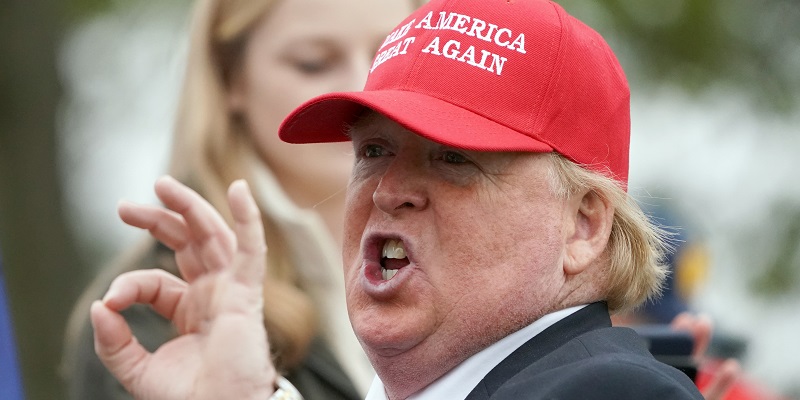 PGA of America membership voted to move the 2022 PGA Championship to a new host site and away from Trump National Golf Club Bedminster in New Jersey.

Trump Bedminster was scheduled to host the event in May 2022.

PGA of America president Jim Richerson took issue with the location this weekend. He said President Donald Trump‘s incitement of violence and encouragement of insurrection at the U.S. Capitol in Washington, D.C. on Wednesday was more than reason enough to move the event.

“It has become clear that conducting the PGA Championship at Trump Bedminster would be detrimental to the PGA of America brand and would put at risk the PGA’s ability to deliver our many programs and sustain the longevity of our mission,” said Richerson. “Our board has thus made the decision to exercise to terminate the contract to hold the 2022 PGA Championship at Trump Bedminster. It was a decision made to ensure that the PGA of America and PGA professionals can continue to lead and grow our game for decades to come.”

Trump is an avid golfer and the Trump Organization owns 17 courses around the world with others in the works. A website dedicated to tracking Trump’s time on the course, Trump Golf Count, tallied 300 rounds over four years in office.

“We have had a beautiful partnership with the PGA of America and are incredibly disappointed with their decision,” a spokesperson for The Trump Organization told ABC News. “This is a breach of a binding contract and they have no right to terminate the agreement. As an organization we have invested many, many millions of dollars in the 2022 PGA Championship at Trump National Golf Club, Bedminster. We will continue to promote the game of golf on every level and remain focused on operating the finest golf courses anywhere in the world.”

The 2021 PGA Championship is scheduled to be played at Kiawah Island Golf Resort in South Carolina.

The PGA of America is expected to announce a new host site for the 2022 event prior in the coming weeks.