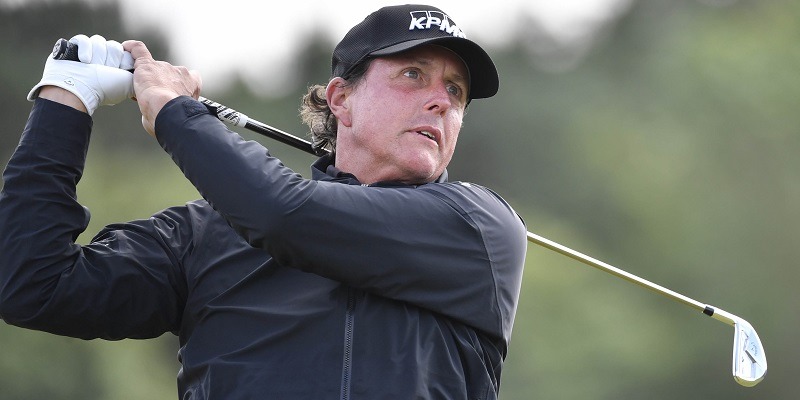 After missing the cut Friday at The Northern Trust, Phil Mickelson said he will make his Champions Tour debut next week to stay sharp for next month’s U.S. Open.

Mickelson, who became eligible for the tour when he turned 50 in June, will compete in the Charles Schwab Series at Ozarks National in Ridgedale, Mo. The event runs from Monday to Wednesday.

“I’m going to play the Champions event this Monday,” Mickelson posted on Twitter after shooting a 3-under-par 68 in the second round at TPC Boston. “I’ve been playing well and I want to play. I wish I was playing in Chicago next week but excited to play my first Champions event.”

I’m going to play the Champions event this Monday. I’ve been playing well and I want to play. I wish I was playing in Chicago next week but excited to play my first Champions event.

Mickelson shot an opening-round 74 at The Northern Trust to finish at even par, two shots above the projected cutline. He also ranks 78th in the projected FedEx Cup standings, with only the top 70 advancing to next week’s BMW Championship at Olympia Fields in suburban Chicago.

This is the first time Mickelson failed to qualify for the BMW Championship since the FedEx Cup Playoffs began in 2007.

He made 16 starts and recorded two top-10 finishes this season on the PGA Tour. The five-time major champion missed six cuts.

“I’m disappointed I’m not in the BMW (Championship). I feel like I’ve been playing well and yesterday was just really a poor start to the tournament,” Mickelson said Friday. “I would have liked to have continued in the playoffs. But now that I’m out, I’d like to take these two weeks to get my game ready for the U.S. Open.”