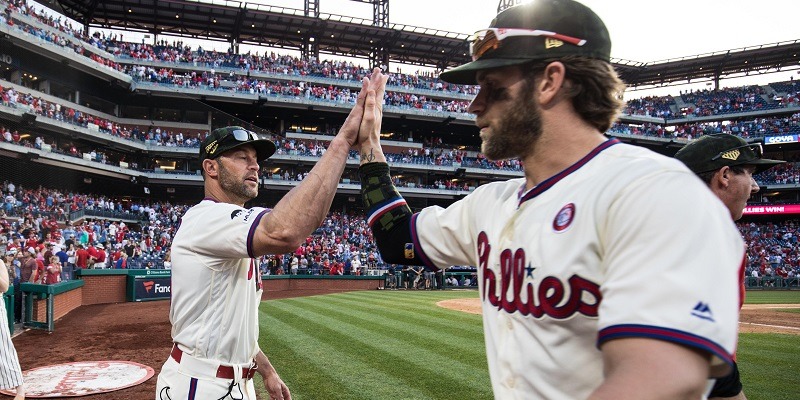 Manager Gabe Kapler was fired by the Philadelphia Phillies on Thursday.

Kapler completed two seasons as Phillies manager and posted a 161-163 record. He had one season remaining on his original three-year contract.

Phillies Managing Partner John Middleton said in a statement, “Several years ago, I promised our loyal fans that I would do everything in my power to bring a world championship team to our city. I will never waver from that commitment. During the second half of this season and continuing into this week, I have evaluated our organization extensively, a process that included talking to many people both internally and around the league. Reassuring to me was the endorsement that people outside the Phillies gave to the progress we have made recently, both organizationally and on the field. Nevertheless, with the knowledge that I have gained from my evaluation, combined with my personal reflection on the 2019 season, I have decided that some changes are necessary to achieve our ultimate objective. Consequently, we will replace our manager. I am indebted to Gabe for the steadfast effort, energy and enthusiasm that he brought to our club, and we are unquestionably a better team and organization as a result of his contributions. With Matt leading our search for our next manager, I am confident that we will find the right person to lead us.”

The Phillies had a miserable showing in September for the second consecutive season and missed out of the playoffs in 2019, a year that began with elevated expectations on the momentum of signing free agent Bryce Harper, among other high-profile roster moves.

With a season-ending five-game series against the Washington Nationals, the Phillies had a chance to get into the playoffs in the final week of the season but failed to get there.

Prior to removing Kapler, the team had already made changes at hitting coach and pitching coach.

The move comes only hours after the Nationals beat the Los Angeles Dodgers in Game 5 of the National League Division Series to advance to the NLCS.