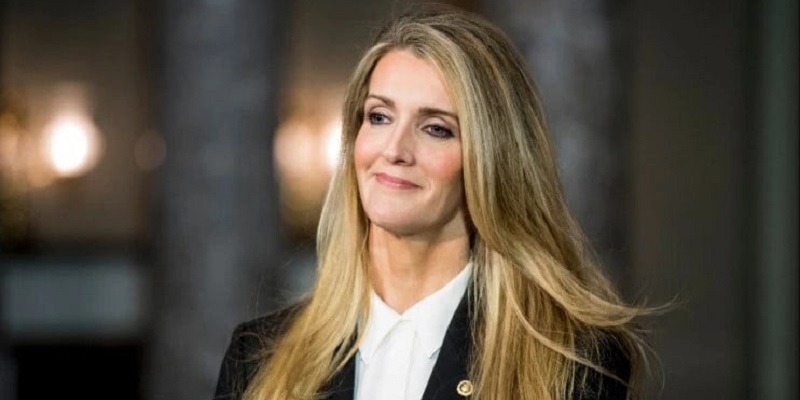 Players are pushing for the WNBA to remove Kelly Loeffler as co-owner of the Atlanta Dream.

Loeffler has owned the Dream since 2011 and is a junior U.S. senator from Georgia. The conservative Republican Loeffler stirred controversy when she appeared on Fox News and termed Black armed protesters in Atlanta “mob rule.” Georgia is an open carry state.

Loeffler also posted thoughts from an anti-LGBT group Family Project Alliance of Georgia, arguing transgender athletes should not be allowed to participate in girls’ and women’s sports.

Former WNBA player Sheryl Swoopes replied to that comment via Twitter saying “The WNBA must do better.”

In March, Loeffler was implicated for potential insider trading when she sold stocks in companies vulnerable to the coronavirus after several closed-door Senate briefings. The Justice Department closed her case in May and cleared her of any wrongdoing.

Natasha Cloud of the Washington Mystics followed with her own statement via Twitter: “Get her weak ass out of our league.”

Sue Bird of the Seattle Storm, who is in a serious relationship with women’s soccer star Megan Rapinoe, wrote that she’s asking “herself the same question” when Alysha Clark posed the question: “Why is Kelly Loeffler still a WNBA co-owner despite ‘Donald Sterling vibes’?”


Sterling was banned for life from the NBA and forced to sell the Los Angeles Clippers after secret recordings of his racist comments were released publicly.