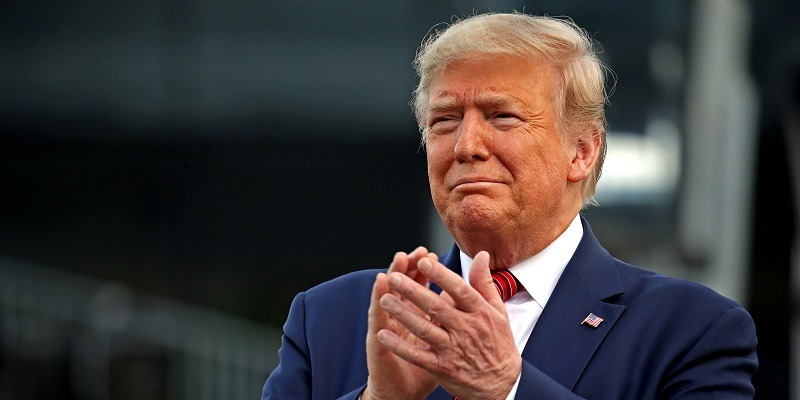 “Could it be even remotely possible that in Roger Goodell’s rather interesting statement of peace and reconciliation, he was intimating that it would now be O.K. for the players to KNEEL, or not to stand, for the National Anthem, thereby disrespecting our Country & our Flag?” Trump wrote.

Goodell shared a video message of inclusiveness and racial equality in which he said the NFL will encourage players to speak out and protest following the death of George Floyd at the hands of a police officer in Minneapolis on May 25. In the video, Goodell said “We, the NFL, condemn racism and the systematic oppression of Black People. We, the NFL, admit we were wrong for not listening to NFL players earlier and encourage all to speak out and peacefully protest. We, the NFL, believe Black Lives Matter.”


Encouraging players to peacefully protest could include kneeling during the national anthem played prior to games. However, if fans aren’t present during games during the 2020 regular season, it’s possible the NFL and its broadcast partners will not air the playing of the anthem in empty stadiums.

Last week, Trump tweeted that New Orleans Saints quarterback Drew Brees should not have issued an apology for his position that players shouldn’t “disrespect the American flag” by kneeling during the anthem. Brees was roundly criticized by teammates, peers and others for his response in an interview and later issued multiple apologies.

Brees also addressed Trump in an Instagram post, saying protests have never been about the flag. He said the kneeling issue was a distraction to the real challenges facing African-Americans.

Ross had his own run-ins with players on the roster over the anthem. In March 2018, he banned Dolphins players from kneeling during the national anthem.