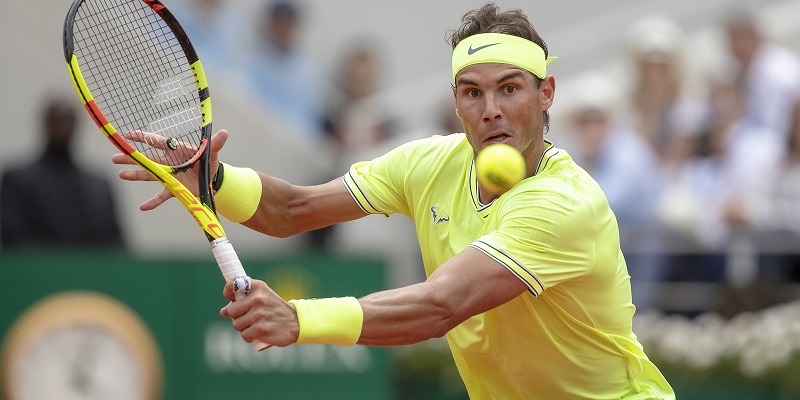 The third-seeded Spaniard defeated Djokovic in straight sets in 2020. Should they meet again, it would be in the semifinals.

The men’s and women’s draws for Roland Garros were released on Thursday.

First things first for Nadal, however. He’ll open the tournament against Australian Alexei Popyrin, with 26th-seeded Lorenzo Sonego of Italy, seventh-seeded Andrey Rublev of Russia and Diego Schwartzman of Argentina among the potential candidates down the road.

Djokovic and Federer find themselves in the same quarter of the draw.

The top-seeded Djokovic will begin his quest for French Open glory with a first-round meeting against American Tennys Sandgren.

Federer, who is currently ranked eighth, will open against a qualifier in the first round before facing a potential stern test in Marin Cilic in the second.

Djokovic and Federer could encounter such stars as ninth-seeded Matteo Berrettini of Italy and Felix Auger-Aliassime of Canada, among others.

The other half of the draw features second-seeded Russian Daniil Medvedev, a two-time Grand Slam finalist. He opens against Kazakhstan’s Alexander Bublik.

Fifth-seeded Greek Stefanos Tsitsipas, who advanced to the semifinals of the French Open last year, is located in Medvedev’s quarter of the draw.

Two-time Roland Garros finalist Dominic Thiem is the fourth seed. He will open against Spaniard Pablo Andujar in the first round.

On the women’s side, Serena Williams potentially will see several familiar faces when she continues her quest for a 24th Grand Slam title. Angelique Kerber of Germany, former two-time Wimbledon champion of Petra Kvitova and Victoria Azarenka or No. 3 seeded Aryna Sabalenka — both of Belarus — are in line as potential adversaries.

Williams opens the tournament against Irina-Camelia Begu of Romania.

Top-seeded Ashleigh Barty of Australia, the 2019 champion, and second-seeded Naomi Osaka of Japan headline the other quarter of the draw. Barty opens against Croatian-born American Bernarda Pera, while Osaka faces Patrica Maria Tig of Romania.