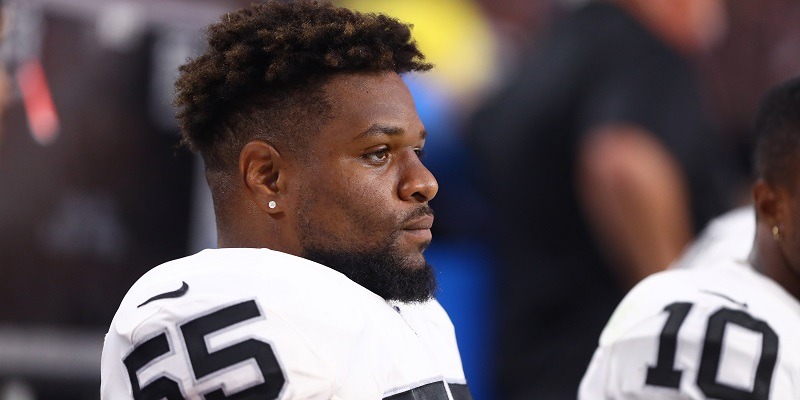 Burfict will miss the remainder of the 2019 season — including any playoff games if the Raiders reach the postseason — as a result of repeated violations of unnecessary roughness rules.

Burfict’s appeal was heard Tuesday, nine days after he was ejected for lowering his helmet to initiate contact on Indianapolis Colts tight end Jack Doyle. Multiple outlets reported Friday that the league had identified an additional illegal hit in the same game, strengthening the case against Burfict in the appeal hearing.

The eighth-year pro will forfeit nearly $1.2 million — $879,412 in base salary and $284,375 in per-game roster bonuses — during the suspension. His one-year deal with the Raiders expires after this season, making him a free agent next March.

The season-ending punishment was originally handed down by NFL vice president of football operations Jon Runyan, who wrote that Burfict’s history of violent conduct was a major factor in the severity.

“Following each of your previous rules violations, you were warned by me and each of the jointly appointed appeal officers that future violations would result in escalated accountability measures,” Runyan wrote, in part. “However, you have continued to flagrantly abuse rules designated to protect yourself and your opponents from the unnecessary risk.”

Burfict, 29, missed the opening of both the 2016 and 2017 seasons while serving suspensions for player-safety violations, and he was out again at the start of 2018 for a violation of the league’s policy on performance-enhancing drugs.

In 2016, Burfict had a five-game suspension for a hit on Kansas City Chiefs fullback Anthony Sherman reduced by appeals officer James Thrash to three games.

Burfict amassed more than $4 million in on-field conduct fines during a turbulent seven-year stretch with the Cincinnati Bengals from 2012-18.