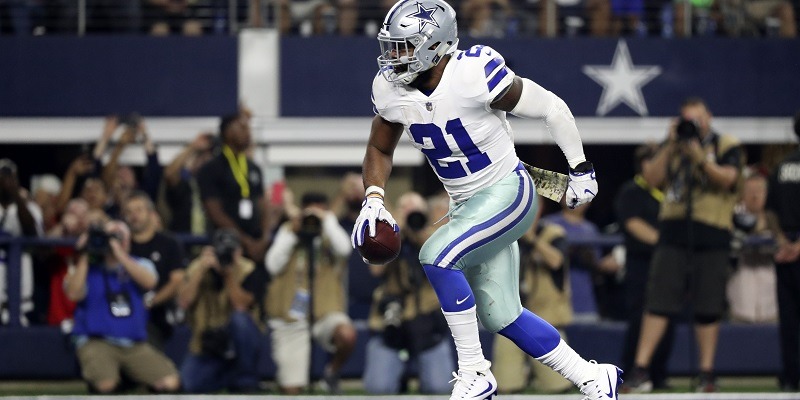 In an interview with Maxim published Monday, Dallas Cowboys running back Ezekiel Elliott said he wants to play his entire career with the organization.

“I love playing for the Dallas Cowboys, I love the organization, my teammates. I do want to be a Cowboy for the rest of my life and hopefully that’s a possibility,” Elliott told Maxim. “But even Emmitt Smith, the greatest running back ever, ended up going to play a couple of years for another organization. So it’s just the nature of the game, but I want to be a Dallas Cowboy for as long as I can.”

Elliott is currently in a holdout over his contract status and working out on his own away from the team in Cabo, Mexico. It was reported recently that the Cowboys offered Elliott a contract that would make him the second-highest paid running back in the league.

Elliott’s representatives have said he will not play the 2019 season without a new contract. Reports indicate the Cowboys offered Elliott a contract that would make him the second-highest-paid running back in the NFL behind Todd Gurley.

The Cowboys are also juggling negotiations with multiple players, including quarterback Dak Prescott and wide receiver Amari Cooper, whose deals expire after the 2019 season.

Owner Jerry Jones said he plans to keep Elliott and continues to reference his history of getting contracts done with holdouts before the starter of the regular season. Elliott’s current deal is set to pay him $3.85 million in 2019 and $9.1 million in 2020.

“It’s great being a Dallas Cowboy,” Elliott told Maxim. “The fanbase we have is the biggest in football, probably the biggest in sports. It’s a dream come true.”