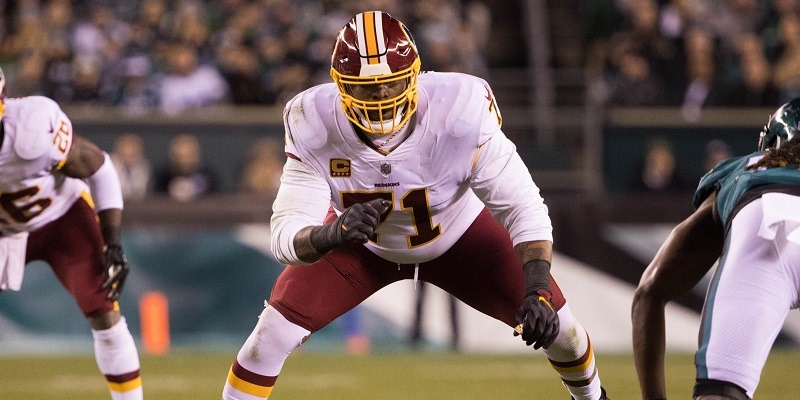 Washington received a fifth-round draft pick to use Saturday on the final day of the 2020 NFL Draft and a third-round selection in 2021, multiple outlets reported.

“I’m thankful this is over. Thanks to Dan [Redskins owner Snyder] and the organization for all they’ve done for me,” Williams told NFL Network’s Ian Rapoport after the trade. “Still a lot of love for the fans and that locker room. Now I’m focusing on being the best player I can possibly be for the 49ers.”

The trade was set in motion by the expected retirement of veteran 49ers tackle Joe Staley, 35, due to health concerns, according to ESPN’s Adam Schefter.

“Staley wanted to inform the 49ers in a timely way to help find a replacement. They have,” Schefter tweeted.

Williams was named to the Pro Bowl from 2012-18 before he elected to sit out all of last season. He cited issues with the Redskins’ medical staff for doing so following what he perceived was a misdiagnosis of a cancerous tumor in his head.

Williams, 31, said he would have reported last season had the Redskins guaranteed the final two years of his five-year, $68 million contract extension. He has one year remaining worth $12.5 million.

Schefter said the 49ers are expected to restructure the final year of Williams’ deal but that the veteran will report and will play for San Francisco in the 2020 season.

Williams will be familiar with the offense. San Francisco coach Kyle Shanahan was the Redskins’ offensive coordinator from 2010-13.

Earlier Saturday, Williams’ agent, Vincent Taylor, issued a statement denying that their camp quashed a proposed trade to the Minnesota Vikings. ESPN said the Vikings and Redskins had been in talks for about a month.

Meanwhile the Redskins added a tackle to their roster in the fourth round on Saturday, drafting LSU’s Saahdiq Charles with the 108th overall pick.