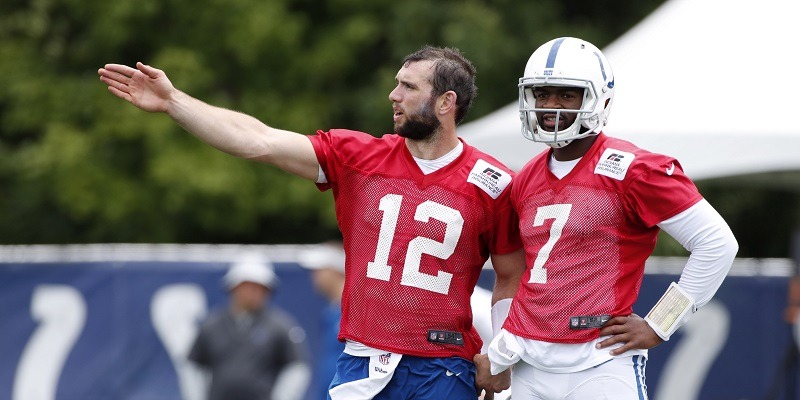 Andrew Luck has not practiced since the third day of training camp, and Indianapolis Colts head coach Frank Reich said the time is coming to ask if Jacoby Brissett needs to prepare to start the regular-season opener in Los Angeles.

Reich said he’ll decide by next week, the third game of the preseason and traditionally when teams play their starting groups into the second half as a regular-season dress rehearsal, whether Luck or Brissett is going to start for the Colts when the 2019 season begins against the Chargers on Sept. 8.

Brissett started 15 games for the Colts in Luck’s absence in 2017.

While Luck said his goal is to start Week 1, he isn’t on the field this week for joint practices with the Browns and will not play in the preseason game with Cleveland.

“You have to be able to make a call and move from there,” Reich said. “Whether we’re full speed with Andrew after that third preseason game or if at that point we are going with Jacoby (Brissett).”