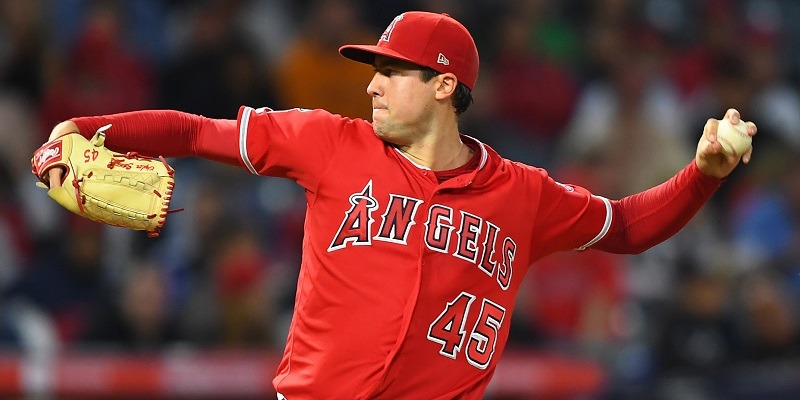 A Los Angeles Angels employee admitted to federal investigators that he provided oxycodone to Tyler Skaggs, used the drug with the late pitcher for years, and that the team knew about Skaggs’ drug abuse, ESPN reported Saturday.

Eric Kay, the Angels’ director of communications, also told the U.S. Drug Enforcement Administration that five other players used opiates while with the team, according to an investigation by the network’s “Outside the Lines.”

Skaggs, 27, was found dead in a hotel room in Southlake, Texas, on July 1 when the Angels were in town to meet the Texas Rangers.

His autopsy report, released Aug. 30, said Skaggs had oxycodone, fentanyl and alcohol in his system and listed the cause of death as choking on his own vomit.

Soon after Skaggs died, his family contended an Angels’ employee was connected to his death. ESPN reported that Kay told investigators that he would buy drugs for both himself and the pitcher and that Skaggs would reimburse him, and Venmo transactions over two years showed a series of payments.

Kay reportedly told investigators that he gave Skaggs three oxycodone tablets before the Angels traveled to Texas and that Skaggs sought more on the road, but Kay couldn’t provide them.

Kay is in outpatient drug treatment and is on paid leave from the team.

Tim Mead, the Angels’ former vice president of communications who now is president of the Baseball Hall of Fame and Museum, denied that he knew about the reported drug connection between Skaggs and Kay, despite the insistence of Sandy Kay, the man’s mother, that he did.

ESPN said Kay first told Mead about Skaggs’ drug use in 2017, which he refuted.

“I have had a lot of conversations with Eric Kay about a lot of things, but opioids and Tyler Skaggs were not one of them,” he said.

On Saturday afternoon, the Angels released a statement in response to ESPN’s report.

“We have never heard that any employee was providing illegal narcotics to any player, or that any player was seeking illegal narcotics,” Angels president John Carpino said. “The Angels maintain a strict, zero tolerance policy regarding the illicit use of drugs for both players and staff. Every one of our players must also abide by the MLB Joint Drug Agreement. We continue to mourn the loss of Tyler and fully cooperate with the authorities as they continue their investigation.”