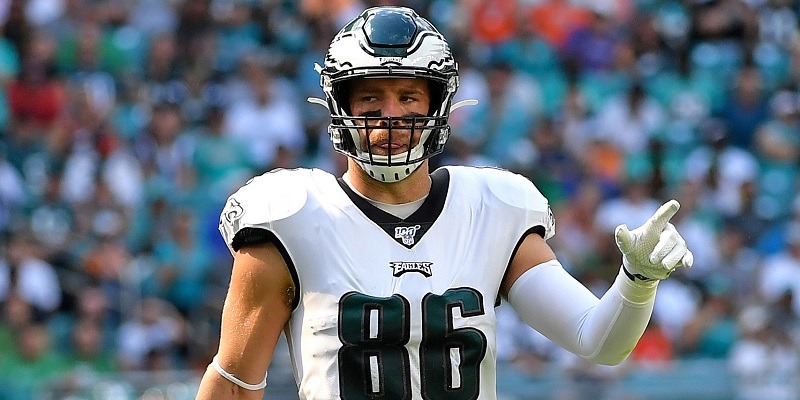 Philadelphia Eagles fans are continuing to prepare for a future without tight end Zach Ertz, and Ertz is affirming that stance by staying away from the team’s voluntary workouts, according to the Philadelphia Inquirer.

The workouts begin on Tuesday, and Ertz is expected to miss the full offseason program as his uncertain situation finds resolution.

Ertz is seeking to be traded by the team or released.

The Eagles’ options include keeping Ertz and his $12,721,500 cap number for 2021, but neither side was able to make progress toward a contract extension last season.

The Eagles could save $8.5 million in cap space, according to a CBS Sports report, if they designate him as a post-June 1 cut.

As for trade possibilities, the Eagles were aiming to acquire a third- or fourth-round pick for Ertz prior to the draft.

Ertz, 30, had a relatively unproductive 2020 season, catching only 36 passes for 335 yards and a touchdown amid struggles with an ankle injury.

Ertz is a football hero in Philadelphia, having caught the fourth-quarter TD pass to put the team ahead during its Super Bowl LII win over the New England Patriots.